It's A Shame Yanks Don't Do Obama A Morsi.

Two Cheeks After All. 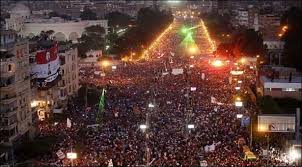 When Egyptian President Morsi passed an "executive order" to give himself perceived "kryptonite" powers over the whole of Egypt, this swaggering piece of Islamic dictatorship was rejected rather forcibly. Yet when his counterpart in the good old USA steps up to fill the void on behalf of Islamic world dominance, zilch, nix, nowt, nothing!

I really am beginning to believe that there is something in the water or food being dished out in the West. Certainly the bankers and their cocaine impregnated wallpaper currencies, literally and metaphorically, are well known. So if we consider the corporate food and consumer processing cosy relationships, not forgetting the pharmies, with the pygmy intellects of our erstwhile career politicos, is it that far fetched to believe they really have and continue to dole out chemical coshes.

Still if we consider the new Enoch Powell convert for the new century, that chemical cosh will require a hefty dosage increase. To cater for the marauding hordes of Roma, soon to be repeating the Viking style influx of centuries since, with not one jot of effort in defense of the remnants we still have of order and prosperity.The methodology used to still and crush protest will need a sea change of renewal.

There again we might well expect "help" from the same quarter based in Brussels. I wonder how the USA will pit citizen against citizen? Maybe a secret defense force will pop up comprising a multitude of South American mercenaries. Or maybe Obummer already has funded his Eurogendfor Special Forces "USA" Battalion! You know, the ones he chose not to deploy to save the life of his men in the Benghazi murders.

Not dissimilar to his card playing during the raid on Bin Laden. Still, he's on his way to staying in power for many years with his new decrees. At least that's what Morsi thought, so maybe I might yet be proven wrong! Wow, that pig looks good against the full moon!
Posted by Oldrightie at 17:42