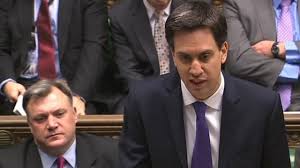 It does seem that the decline in educational standards is not confined to the poorer classes judging by the pathetic return of politicians' playtime today. Though my picture shows the two incompetents left over from 13 years of sheer destruction of The UK one has to consider how poor the Government front bench behaviour is.

Both sides looked jaded and tired, despite the luxury their privileged life styles afford them. Their overriding passion is now fighting the next election. No real concern for the Country and its legion of ills caused by these charlatans. Particularly the 13 years so ghastly under Labours' tribal in fighting and mad Max of a Scottish deranged PM. A man close to being certifiably mad but still massaged by the likes of the two above.

As an example of the small minded inadequacy of MPs I offer the fact that oil prices have these past couple of weeks plummeted. I was under the impression Gas wholesale costs were pegged to those. So for all the yah boo crap of today's charade where were those facts paraded? Or rather how come they never came up? Probably because the energy suppliers can raise prices anyway, to cover the possible freeze Adenoid Ed is banging on about.

Or keep very quiet that, as America's import requirement falls dramatically for oil, due to the fracking bonanza and gas prices follow suit, by keeping UK prices at the present level or even higher, the energy companies win, win, win. Likewise the Exchequer garners big fat tax and VAT revenues and old people die. A further reduction in the demand for elderly care and NHS funding.

So playtime that is the modern entertainment politics so enjoy, is more of a horror show. The clowns evil and scary rather than benign and funny. That's before we trot out the real power players from Brussels and Berlin.