An Attempt To Be Pleased With The UK.

Or Not As The Case May Be. 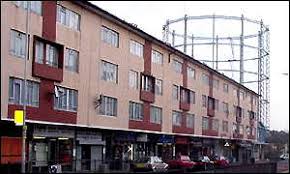 This post is to celebrate life in the UK as seen by we older folk through the prism of "we told you so". All those, from since the second world war, who have embraced the cosy, self-righteous, bleeding heart nature of equality through socialism, need to take stock. Ignorance of human nature's propensity for poor breeding and the reality of Darwinism and the survival of the fittest, want their mental level of intelligence rewired into a non deluded sense of reality.

Whilst the likes of Harridan Harman's ancestry and the later dynasty builders, such as the Kinnocks, Bliars, Straws, Prescott's et al, let alone the Milibads, brothers in stupidity, go from riches to great wealth, the real victims of decades of their social engineering get ever larger.

If that were not enough, these very same blithering fools decided it would be a great idea to import millions more to expedite the draining of the average citizen's income and opportunity to improve their lives. So "we" told you so. Enoch Powell spoke for most of us, rich and poor, in his pleading to not go down the several paths those, who one might have hoped would have known better, determined we should go.

Remember he was a passionately against a Federal European State but hey, blackballed as a racist, treated with that typical air of superiority and arrogance beloved of the left and he was done for. Still he told them so and so did millions agreeing with him.

"We" said trade unions would wreck industry. They did. We said they would seek to run the Civil Service, NHS, Education. They do. We said they,with their paid for Labour politicians, would create an underclass in every part of The UK. They have. We said those in he Labour movement with power, Union or Government, would make themselves rich on the back of first their supporters and members, then the rest of us. They have.

My generation has railed against political alliances with EUSSR corruption and forecast it would rapidly get out of control, as dubious use of billions of unaccounted earnings would be lost. Just one example. There are thousands and we told you so! They are after all a socialist, unelected lot of failed bureaucrats.

We told you they would wish to strip Nations of resources to fund their own police force and military. We are right on both. Of course, like all socialist grand schemes it's couched in fluffy, cuddly ways. Just like The Nazi's offered refreshing showers for the travel weary Jews from across Europe. Or Stalin, Pol Pot and the rest of the brainwashing experts, throughout history and up to the present day.

We told you you would fall for the consumer treats, the bashing of the wealth creators and the passionate need to gratify self in the cause of "equality" and the red flag. So as the wreckage of a once cultured, civilised and desirable Europe gave way, in the late fifties onwards, to the madness of social engineering and career politicians climbing the greasy pole with spiked soles to stamp behind them, we can say "we celebrate telling you so".

In summary, the Jeremy Kyle circus can stay secure in their ignorant nastiness and violent inadequacies certain that for their future the left has it all sorted. The slums will get worse and the squalor endemic, you won't notice. Your drugs, booze and rickety shelters will be regarded as better than being homeless. That you will never know contentment, loving families or even a "told you so" old age will pass you by.

The gangsters, drug dealers and above all else, your socialist movement will tell you you are all hard working and worthy recipients of their largesse. Trouble is, we told you it would never get better. What you have now will become even worse. Salvation wont come from any left wing socialist direction. Only purges and draconian clean ups will happen when your powerful, mega rich rulers desire a purge. Those carrying out the work will all be fully paid up Union members, of course.

Just as we told you they would destroy industry we are now telling you they will cull you as and when they deem it necessary. History has plenty of precedence. We told you that, too! So I accept my generation has done well.out of hard graft, an education system that, in the main, worked, a savings ethos and pension awareness that we are older for many, many more years, than we are young.

Many of my contemporariness have ensured our intelligence was employed to help our children do well. To that end many, many of those who listened have emigrated from the tidal wave engulfing Europe's lost causes. Those remaining are busy hoarding experience and assets ready for their need to flee.

Just as the mass migration into Europe did but in their case with nothing to contribute to the host nations. We told you so! That Labour might well win the next election and do their economic wrecking ball act once more, just as the shanty towns were possibly recoverable, shows how frequently we have been right.

We told you socialism was and remains a confidence trick. All it is is just chip on the shoulder, inadequate fools, able to bluff all and sundry that their slum existence is nothing to do with them. Meanwhile, as we always told you, these hypocrites would be far worse than the toffs. All of them sup champagne and eat the finest food and laugh at those they control..

Yes, in summary, if my only solace is to be one of those "who told you so" at least it's something! As we continue our descent into a Mad Max, socialist "Utopia" I can, like many of my contemporaries, shrug and say, "You just wouldn't listen."