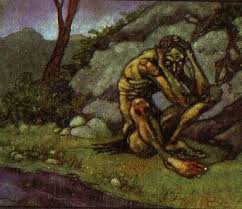 This made me feel a little less tired of our political and national condition. Only for that basic human condition essential to survival and that is a feeling of not being alone in one's thoughts. I was considering a post for today but was depressed as to how little there is to put down with any degree of hope or improvement.

Little snippets floated in the news such as the depressing plan to put the ghastly EUSSR flag on birth certificates.An imposition little more than a brand mark used on livestock. A further small but symbolic indication of the desire of others to own us lock stock and barrel.

These are the very same cretinous clowns mentioned in the blog linked to. Useless, short termism, self interested inadequates. Not one hint anywhere, except maybe Putin, of real strength and leadership. Personally I find Farage refreshing but so many others regard hms with disdain, am I therefore out of step with informed opinion?

Then there is Boris Johnson. Again his character, a larger than life one, in many respects, doesn't have the smack of greatness, either. Don't even think about the EUSSR circus clowns. Ashton, Rompuy and the rest. As for Milibad The Younger and even the Elder. A pair of flotsam and jetsam born to a pretend dynasty of Marxists and left wing ideologue idiots.

If we cross the tent to the other side, passing the LibDum odd couples on the way, we reach the "posh" corner. The place which once gave us the likes of Sir Winston and Baroness The Great Thatcher. Here the dark arts of convenient forgetfulness reign even more supreme. The conservative nature of our once great Nation trampled in fits of rage at failing to understand what people really desire and their then understandable desertion from the "cause".

Wish lists of democratic majorities are ignored. Nuclear deterrent, at great cost, yet no deterrence for personal culpability and murder. An Irish question unresolved, when the solution is so very simple, reunification and the bringing to justice of McGuiness.  By the same token our rulers and mad men in charge of the asylum press on with an enforced, gerrymandering effort, such as that which has proven so disastrous in Ireland, to create a single identity out of millions of separate and unique peoples in Europe.

As once more with Ireland, religious doctrine and fanaticism drives a wedge between Nations, as Islamic barbarity receives more credibility than Christian values and creed. The latest example the acid attack on two young girls in Zanzibar. A nasty racist and sexually motivated crime hiding behind religion, just you see.

I could go on. I have a great life and one still with a degree of freedom attached. That it is being eroded daily and that, after my generation the decline will be be accelerated, is cause for weariness, if not despair  for others to come who will not enjoy my liberty and life chances.

The undeserving will be given preference by authority over the more deserving, purely because they are a larger proportion of human beings, with more votes. Well, will be soon. The resentment of mass immigration will become ever more labelled "racism" and The South African racism will become endemic world wide. Just as Obama would work for. He and our EUSSR power broker morons. It really does make one weary,at times.