They Can't Be Serious.

Do They Have Bad News To Bury? 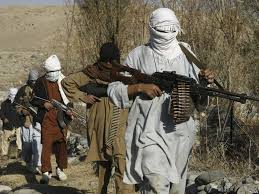 Obummer and Cameroid pose as the new Bushy and Bliar double act. The West's propaganda machine goes into non-questioning obedience mode and we, the people, picking up the not inconsiderable tab for their stupidity, are force fed the same bilge and unproven WMD accusations, last produced in Alistair "Another Large One" Campbell's dodgy dossier.

Should these clowns, egged on by that useless cabal in Brussels, choose to start bombing, it will be a matter of hours before shattered children's' bodies are pulled from craters blown to smithereens by American and British fighter bombers and cruise missiles. The latter the genocidal toy of choice for our demagogues. How can they even begin to consider such action. It's yet to be determined how much a grip Al Qaeda have on Egyptian, Iraqi, Afghan, Libyan, Yemeni and Iranian politics and conflict but we can be certain it will be strengthened by any such interference.

Add to this mess the tendency for Russia and China to frown, or worse, stir, against a Western, American led military expedition and the recipe for global conflict is ready for cooking. What does it take to make these idiots see the recent impact of such meddling.

They are about to desert the Afghan people, leaving weapons, money and supplies behind for their enemies to obtain. Al Qaeda can be back in their old training grounds before you can say Obummer/Cameroid. It is fair to assume Al Qaeda's expansionary success, through patience, underground activity,  growth and the ability to completely outwit the pygmies in power in The West, will continue. Ironic we helped these same factions bring down the EUSSR and now they are hand in glove with Putin and Russia, more than likely! If not that, then playing both ends against the middle!

For sure Al Qaeda is running rings round us. Easily done on the back of aggressive military failure by the Western, gung ho, corporately sponsored, warmongers. The very reason for Iraq and Afghanistan, has, inevitably, had the opposite effect. The West's propensity to want a global market place, dominated by themselves, regardless of the cost in lives, wealth of peoples and Nationhood seems of little concern for the greed of those in power, yet intellectually so powerless and ignorant.

Behind the violence and ghastly behaviour of all prepared to force their desires on others, lies an overwhelming fact. The core perpetrators of it all seek for their separate beliefs to triumph as to how their tribes and factions should be supreme. Once power is achieved then human nature dictates they, in turn, the victors, become despots. Mugabe proves the point exactly and arguably Assad.

What I fail to understand is that the cretins in Whitehall and The White House, let alone Berlin and Brussels, can's see that intervention, as discussed, is desired by the Islamists. It alienates the populations bombed, it furthers the consideration for recruitment to the cause and makes all enemies beneficiaries of our economic cost and subsequent collapse.

A collapse witnessed by the last pathetic and expensive mess that was and remains Iraq and Afghanistan. Whoever released a chemical attack on innocents, either side in Syria have the same casual and calculated disregard for human life and "collateral damage". As with the West, everybody is signed up to do whatever it takes to force obedience to the will of others. Very socialist, very Stalinesque.

The West would be better served by the expansion of wealth and security for its own people. Show a society able to be at peace with itself and successful for a majority of its citizens.As it is, greed and Common Purpose sees people as fodder for their own lust for self righteous governance. It appears that those in power cannot consider themselves anything but special and perfect.

Not for them a dose of reality in which history has proven, always, that violence and cruelty never survives for long. However such matters are better dealt with in smaller societies and identifiable tribal disagreements, recognised for what they are. Thus the secular society desired by, for example Turkey and Egypt, are better secured independently of outside meddling. If only the kind of neutrality shown by Sweden could be used and military might used only for deterrence and defence, would we not all benefit? Or would a neutral America and Britain be worse off without this constant need for sabre rattling, bombing and weapons' testing.

How much sooner the debacle of Vietnam might have been resolved without American violence and military failure. What was gained there? Is not the Middle East and in particular Syria but a repeat of internecine conflict solvable, eventually, only by those directly affected? Of course it is. Just as was in the creation of a United Kingdom, some four hundred years ago.

Of course if your lust for a global government, run by your "tribe" or insider cabal, is the object of intervention and covetous obsession for wealth, plus control of other Nations, your goal, the means will always justify the ends. Unless those ends bring about Armageddon. Well, at least climate change would no longer matter and The Planet could evolve without the burden of human demands and selfish avarice.