Greed In The Flesh. 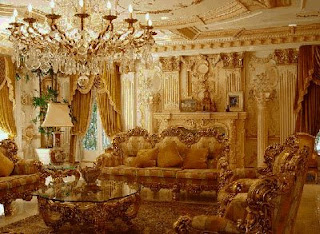 Is this what is wrong with Africa? of course not. It's just the awful nature of human character made evil. It would be fascinating to visit Bliar's grand houses and mansions. Still, he can claim fewer of his ill gotten gains came out of people's starvation. Well not as directly as our Bob. Albeit Mandleson and the rest of our political greed Barons may well have brokered a fair number of arms deals.

Yesterday I posted on that poor little Polish boy's life of hell and torture. Quite some contrast if you visit the link. Life is how it is,. The one fact that makes that truism a disgrace is we could do so much better if the nastiness and surly obsession for power was not so prevalent in those who taste those bitter luxuries, garnered from the death and misery of others.