The Jokers Are Out In The Sun. 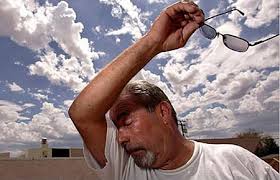 After a few welcome hours of sunshine, possibly heralding a flaming June for the UK, albeit not the monsoon drenched Czech Republic, the idiots in London Asylum Westminster Central are immediately affected by sunstroke. Though too early to be confident, it does look as though we may have one of the better summers for a decade. Certainly one is due.

So the hard pressed A& E will need to be braced for an influx of stupidly addled, more than usual, ill educated thickos, exposed to not only the sun but the endless nanny State hectoring and lecturing. Like Testicles, yesterday, it seems that the clowns who would rule over us  consider their primary purpose in life is to pronounce, on a regular basis, their delusionary dementia.

To begin with is the nonsense surrounding A&E. Too many individuals have little or no common sense. They have been brainwashed, rather than taught to think for themselves, in an education system that dogma dictates, must be one size fits all. That's sunstroke at work, you see.

Then we must look at the mass, really mass, immigration engineered by Labour. Free health service as a right not a privilege to be earned, never bothered with trivial, logistic considerations. Oh no, just overwhelm these small islands and let it all hang out. Same with education and employment. Notice the relationship between those out of work and our immigrant numbers, is never mentioned.

Then there is the matter of housing. When did the pathetic prognosticators ever stop to wonder where these hordes might gain shelter? Or the energy to keep warm? Now we learn, if true, food shortages are the next target to scare us into submission to the will of Big Brother. This, despite the planned ambition of our heatstroke victims to concrete huge swathes of farmland and countryside.

In amongst these exhortations to do as those who believe they know best, yet whom history condemns every day that passes, are climate change, self interested, get rich at our expense, Ed Davey  types. Despite facts to the contrary exposing the mythological camp is the "warming one", he whinges about reporting which fails to worship the maniacs too long in the sun. People unable to grasp the necessity of survival of the species rests in reasoned argument and debate. Of course, such debate delays and hinders the ambitions of the Davey/Bilderberger morons and their need to cash in.

The pedlars of dogma and nannying are, sadly, successful, however. As this lovely weather offers weeks of health enhancing and pleasurable outdoor enjoyment, the global warming naturally provided by our Sun, will also encourage the weeds of AGW graspers to flourish. Thus any sigh and spring of relief, that we have a glimpse of Summer, will be trodden down by those in need of a daily fix of self righteous, self interested preaching. The energy companies will demand price increases because we are using too little fuel. As they do when we are using too much and likely to run out!

Regaled at every turn, dictated to and blamed for our very existence and our inconvenient ability to think, sometimes, for ourselves, the political and Sir Humphrey world and their EU bosses, will seek every opportunity to spoil our lives. How very dare we hope to enjoy and embrace our World, without their permission. Well, go out and enjoy the sun and remember, they are not immortal or special. They only think they are. Just take sensible precautions that you don't get addled with the sunstroke like symptoms shown by those who should know better!