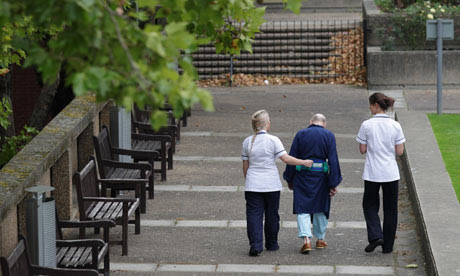 I suspect the "nuclear" option preoccupying the Paedo BBC and other media axe grinding, is aimed at protecting less, for they, palatable issues. North Korea's mad, totalitarian, despotic socialists might ponce and preen but in reality they are but an irritating insect, were we to choose to swat them.

One issue "they"are very stum about is their beloved genocidal maniac and cretin, clinging to his ill deserved salary and expenses. Another is the dreadful failure written so well in that link. Those are but two issues the British public are interested in, big time. Both part of a rotten society and decimated culture, struggling with the horror buried deliberately by the socialist dogma of our all being "equal".

We are not and never can be. If we examine the minute strands of DNA, of every creature, the differences are unique and a blatant, factual, scientific proof of our unequal make up. Some are lucky in their inherited uniqueness, others confined to being and fostering a gene pool of less than attractive traits. Some so awful they become politicians.

Mrs OR and myself have had large and serious, life threatening problems some 14 years gone. We now are looking at further such potential issues. We found and do now, a caring and dedicated staff of experts and clinicians able to cope individually and collectively with matters dauntingly horrific for we lay people to contemplate.

To observe the likes of Labour Party apparatchiks such as Nicholson and his ilk, parading before the TV cameras as Trust "Chief Executives and "managers" without, quite often, any medical experience or vocational sentiment, is appalling.to witness. Not least because of their and their Labour Party and Whitehall fellow meddlers, likely to enjoy a more salubrious private treatment, when in need. Not for those individuals the grisly horrors they have allowed to happen in overstretched and badly staffed Hospitals. Places where, by Nichol;son's own admission, political gain and economic strictures were paramount and more worthy than the squalid deaths presided over.

Yet we are in danger of forgetting the terrible strains on those majority vocationally driven doctors and nurses, doing brilliant work despite appalling and overwhelming numbers of patients getting ever larger as staff, training and support declines in the face of the onslaught of mass immigration demand. Here we see how Labour's gerrymandering passion to import third world voters for their sink estate, core areas, has wrought so terrible a cost.

As if our home grown "trailer", Jeremy Kyle type, populace wasn't hard enough to treat in A&E, every drunken weekend, was not enough we, or at least Labour, have added millions to the queues already endless. In addition to an ageing and demographic status, which has been ignored in favour of imported hordes, for decades, we now have massive lists of patients not even able to speak the native tongue!

We have patients who, in their daily lives, rarely shower or bathe, never launder their clothes or possess the merest hint of personal hygiene. Factors heavily responsible for the rise in Hospital infections and related fatalities. It is little wonder that the decline in standards of education and personal responsibility, begun with the failed experiment Labour still promote, are now manifest in the nastiness and filth all around us.

The politicians, all of them, daily fail to highlight the decline in quality and worth of our Country's citizenry. Fortunately there is a chance that may slowly be arrested and even turned around. Austerity carrying an unintended benefit to concentrate minds on the fact that life can be and more often than not is, hard. The spoilt, lazy, and dirty sense of entitlement without merit, is long overdue for correction. Slow the daily influx of new recruits into our  ill equipped and Shakespearean state and maybe Warwick's reply might still have a modern equivalent.

"KING HENRY IV
Then you perceive the body of our kingdom
How foul it is, what rank diseases grow ,
And with what danger, near the heart of it.

WARWICK
It is but as a body yet distempered,
Which to his former strength may be restored
With good advice and little medicine.
My lord Northumberland will soon be cooled."

Whatever the future holds, I for one, to date, will loathe the managerial NHS Trust Labour lackeys and worship the unsung heroes of the clinical majority. Watch this space later in 2013!