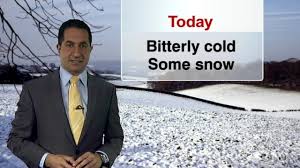 I'd like to open this post with a quote from this airhead  "Green Party MP Caroline Lucas said it was "yet another Budget that treats the public with contempt, continuing to peddle the myth that our national debt and deficit increased due to excessive public spending rather than bank bailouts".
My point being that these moral crusaders from the "Greens", together with the bullies of the left find their place in politics easy peasy.

Just like the warmist crowd, very hushed right now, as brass monkey fatalities are abundant and painfully obvious to the victims and we, the cold and spring deprived, witnesses. Albeit the BBC and the clowns at The Met Office are consistently wrong on every front, (pun intended), the endless cold still registers its grip on our daily routines. The Met people now stuck with reporting what's happened rather than any meaningful forecasting.

So as Ed testicles stutters and spits his venomous bile at being out of power we can but marvel at how easily those without power can easily spout arrant crap. The very collapse of our UK economy rests squarely on Labours' banking relationships and collusion to lend billions for package tour sunspot sojourns, in exchange for perceived competence and therefore votes. Add mass immigration and NHS genocidal tendencies to that list. Shameless and devastating. In essence, however, it was easy politics for easy electoral gain.

Now the electorate felt cheated by all of them and in 2010 voted for a stalemate and no overall control. A sensible outcome. One likely to be repeated unless, quite possibly, a semblance of normality return by 2015. Were that to happen, we would hope the difficult politics and National sacrifices to get us there, or even close, won't hand those tough improvements to a Labour party only capable of the easy, simple stuff, of left wing dogmatic ideology. As we see from The EUSSR, for whom democracy is an inconvenient hardship.

A further example of easy politics is working to make wants fit facts. So global warming was invented. An easy way to pour guilt on our heads and rip us off for energy and our natural  requirement for shelter and warmth. Like all easy politics, someone gets to make a lot of money. Just as arms dealers do in the easy politics of distracting war.

A problem, however, with "easy politics" is reality. When that kicks in mistakes are magnified out of all recognition Wars get more serious and nuclear carnage, or its possibility, returns to haunt us. See what I mean? Obummer likes easy politics so is a "just in time"President. Suddenly he has, just in time, cottoned on to how strong the Israeli support is in the US. Only taken him circa five years to spot that.

So is my theory of "easy politics" reasonable? I suspect it is and one guy not taking the easy option right now is George Osborne. As the baying bullies of Labour's front bench whine and carp, their own glaring incompetence clouds over them and their mouths twist and "Wallace" in ugly frustration at their inferior place in opposition. To my mind, whatever Government we have, including that ghastly duo, Camoron and Calamity, it's streets ahead of those failed, nasty chip on the shoulder champagne socialists any day.