Theft On A Grand Scale. 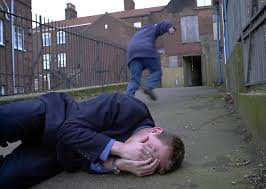 For years dire warnings from around the internet and blogs have forecast unpleasant actions happening throughout the economic and banking worlds. The worst atrocities were expected to arise from the unpleasant and crooked relationships between politicians and bankers. Add to this the need for those very same people to pay their saviours from the criminal hierarchies, who now help control our lives and a nightmare begins.

Such is that control, by the inner circles, of the hell on earth alliances, who also know what awaits them, if they renege on the debts owed to those who operate outside the veneers of diplomatic niceties. Take care before you view this horrendous link to the very people robbing the ordinary citizens of Cyprus. This is why The EU needs to mug us.

If you consider this a fantastical association then why is it being done? I never really believed this "tax" on money held in banks would arrive so soon. What next for an EUSSR starved of cash to pay back the drug lords? House repossessions and a tax on every room not used every five minutes?

How long before this latest wheeze by The EU and its IMF cohorts, in hoc to the German Chancellery, decide material goods are to be confiscated to assuage and appease German demands? The criminal nature of these burgeoning enterprises, centred under the direct influence of Germany, have a chilling element of the Europe of the 1930s. Then it was the Jewish people blamed and used as a diversionary feint to hide the growing gangsterism of the National Socialist
German Workers' Party. Today it would appear the diversionary vehicle is The EUSSR association.

Ere long, I suspect, not only the Greeks will realise that The EUSSR is a cover for German control  freakery.  After all, history has a dreadful habit of repeating itself. It just gets disguised in the latest fashions.