The Muppet Show's Back! 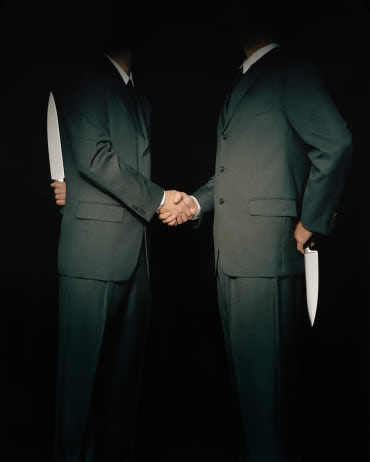 In some respects today was a playground squaring up to The BBC and naturally the latter played their childish, left wing bias role perfectly. Our Steph never did get over parading her unmarried status before millions, when confronting The Boy pre-election! Now I believe Cleggy's first option in 2010 was a deal with Labour,wherebye Snotty went and Cleggy took number 1 as PM.

So his next best option was Deputy Dawg with another Public School Boy aka Dave. Well, a superior outcome for the rest of us but only by the thinnest of margins. The natural ability inherent in the right of politics has and is proving the best of two bad scenarios. If Labour had remained in charge we would be in a far worse mess than we are. Am I alone in giggling when Milibad and Testicles try to be superior?

Now back to the cutlery. Our Cleggy still rates his europhile credentials as paramount in his quest for high office. he has little care if it be in Brussels or Downing Street.  I suspect he considers the latter a stepping stone to the former. So we can understand the reason for one of the clowns having the knife.

Now for Camoron. He, like Bliar, craves great office. No doubt harbours the same covetousness for the first  ever EU Presidential jet as does his hero. His, Camoron's, public utterances, necessary to placate the Nation as a whole, over the EU monster, are but straws in the wind. Undoubtedly cleared by Brussels via Whitehall and those Quislings in The Mandarin Cabals.

So why the knife in his hand? Both men are slavering over the next election outcome. Both will be glad if they do well but equally passionate to fly the wretched EU flag above their offices, if the UK reject their obfuscation and deceit.

So Camoron holds a knife for the exact same reason as Cleggy. Both see the other, in their overreaching and nasty, selfish ambition, as their biggest competitor for "honours" to come. So the jovial performance today really does, in my mind, live up to the picture above. Mind you that can be said of anybody in politics, I suppose.

In this case, below, the traitor's knife was actually plunged into the back of the  whole Country!


You have to wonder how they get away with so much.