You Just Can't Believe Their Chutzpah. 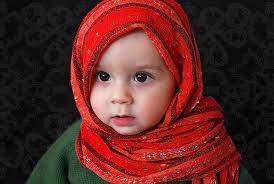 This despicable article by a nepostically groomed and very fortunate litter runt, shouldn't come as any surprise. Yet it has. My anger at this pompous, arrogant and utterly contemptible little man is just fuming. These individuals betray the very seed corn of our existence, children.

One has to question why the rich, spoilt little closet leftie deems it appropriate to deliver this "woe is me" and how awful it is for our beloved home and sanctuary for child abusers, The BBC. Their constant meme, perpetuated by this utterly privileged and untouched by the untouchables, cretinous man, beggars belief. From his ivory tower of unworn, effete hands and spoilt insouciance, come utterances of such insensitivity as to leave ones jaw dropped as if with a blow.

On the same day accusations are surfacing, of a senior and gleefully seized upon fact of his political leanings, by the BBC, individual, Dimbledum and his pals crie de coeur is downright vomit inducing. I quote,
"Paedophilia is a huge national problem that no one thought about 50 years ago and is now something that concerns everyone, but this has become a witch-hunt against the BBC.
"Organisations that have come under flack recently such as newspapers and MPs want to get their revenge. They think the BBC is too smug and holier-than-thou.
"But there is a disturbing relish in the way the critics have laid into the BBC, holding today's office-holders to account for what happened 30 years ago,"

It wasn't that "no one thought about it 50 years ago" you tiny squirt and excuse for a highbrow in your own mind. It was because and as highlighted by your ridiculous and dare I say repulsive, arguments against your detractors, 50 years ago the "Establishment" were marginally more protected than today. To suggest that now The BBC should be treated as squeaky clean and that "old culture" no longer exists, is showing the typical arrogance of yore.

You and your ilk, Jonny,  are marked by one glaring fact. You have had the best education money could buy but not one jot of genuine intelligence. Clever and cunning but not bright enough to forge life enhancing careers in medicine or professional work, dedicated to others. Selfishness and self preoccupation is the stuff of inadequate characters unable to cope with life or sex in the real world of adults and those less fortunate.

The BBC has always believed in its own self importance. A vehicle for retired civil servants or Government placements. It is not "they" who " think the BBC is too smug and holier-than-thou". There is a well followed blog identifying the deep truth and resonance of that awareness, here.  I doubt you even know of it. If it's not in the wretched Guardian, it doesn't exist, despite this tirade hosted by The Times!  Or many others critical of your organisation and its staff of significant mis-fits, at the top of the pecking order. Your woeful whinge of this morning serves only to emphasise why this reality is not as much of a surprise to the rest of us as it is to you and your kind. The Chatterati is my personal name for this cosy and self important London set of cosy misfits.

That it was a culture of 50 years ago is suggested, when that sleaze ridden tub of lard, Patten, in his ill fitting suits, is your DG of now, proves how incapable your lot are in overcoming your delusory disease of pompous aloofness. He Patten, does, of course, echo your sentiments that this is all a bad dream to be forgotten asap. Not in these days of modern communication, matey. We don't need your poorly equipped glass house dwellers to inform us anymore.

A further stain on The BBC of yesteryear and of today, is its self promoted meme of impartiality  One blown out of the water when we observed the cosying up to Labour ingrained in the bowels of BBC culture and so very apparent in your sibling and ghastly adulterer's flirtatious gesture. Note this excruciating metaphorical grope from QT, sickening. Then ask how this behaviour is any less immoral than paedophilia? Or of a culture from long ago?

Then, to further undermine the very desperate effort to blame a bygone culture, your fellow little inadequate gnome of pomposity and nastiness, wrapped up in a mouth designed for propaganda and deceitful bias, gets himself shown abusing his position, if not his little helper.

Andrew Marr: "I was a fool to grope a colleague... but I was suffering from exhaustion" was your pal's best offering. Exhaustion! If he knew how real exhaustion trying to make ends meet feels, working all hours, without an army of  servants production assistants doing all the chores, to get his jug eared, slot accompanied gob, more and ever vaster wealth at our expense. Not to mention the first class globe trotting perks.

If he, Marr, knew the desperate tiredness poverty stricken young mothers have to endure. If  he understood the fear and dread old people on sink estates have, due to mass immigration swamping our towns and cities, drug addicts, pimps and brutal gangsters, happy to violently kill any dissenters if they dared look derisively  at this violent scum. Exhaustion! Your "exhaustion", my little Dimbledumdaddy's slightly worn protege and Marr's, is as often as not, coping with the ability to live up to your own images of your pompous greatness, so unfairly unrecognised outside the BBC.

The kicking the BBC and its London based coteries of unpleasant and nasty arrogance is deserved as much today as yesteryear. As is so often in all our lives the bitter truth of our own failings is hard to bear. The criticism our Jonny whines about, he feels personally. I do have to ask myself why that is so? Whatever the reasons, the criticism of  The BBC and its long history of dubious political support, was always justified. The abuse by Savile and his large BBC contingent is but the tip of a very dirty and grubby iceberg. It is very much still floating through the murkier waters of our society today.

Wealth and power regards its rewards as without restriction. In the depths of depravity into which the greasy pole is sunk, it is those climbing out of those depths who carry the filth upwards with them. Western society needs a very through hosing down of those from top to bottom on that pole. In doing so we will all be aghast as to who might be recognisable, with the mud washed from their supercilious faces, wouldn't we Jonny? Of course there would be many faces unknown to us and drawn from the corridors of power, the underworld and the celebrity salons beloved of "Auntie". Or perhaps that should be "Uncle" these days.

If you would like to read a similar and more direct BBC rant, do pop over to Mr Ishmael's place. Furthermore and to highlight Dimbledum's blinkered attitude, it's not just the BBC in the firing line, but many more. Could this era of Internet and communication get at and destroy the insidious and horrific state of abuse we now see nurtured by the utter evil arrogance of the powerful?

Who is this Tory figure spoken of? Supposedly still alive. If so I hope he can smell the whiff and fear of a collar being felt. One these poor young boys recognised. Perhaps someone whose job was that involving media control? Seems there is enough evidence being sat on to know and see the man exposed. Possibly with yet more connection to the BBC, Jonny.