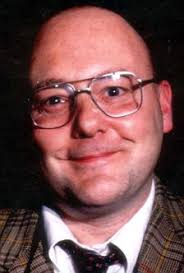 Which one is the pervert?

Utter memory loss. Our nasal Ed, the little smarmy creep will have much knowledge of that cover up. Not least his mates around him, such as Mandy and his gang. A cabal which happily and with the connivance of MI5 and MI6 gaily protected Snotty's frequent nocturnal cruising habits.

Operation Ore was neatly discredited with a plethora of mud slinging to disguise the power that investigation was gaining over the very people Milibad now argues should be enquired into. Like that will get anywhere.

Savile was quite obviously at the lower end of this particular food chain. More likely to have procured the after dinner entertainment than have been ﻿a welcome guest at these aloof gatherings. Ones which more frequently welcomed bankers, politicians and senior members of the establishment. No doubt Mandy entertained the likes of Nat Rothschild and Deripaska  at such august parties.

To listen to this illegal immigrant, by birth, who now perches at the top of the leftie dung heap every bit as nauseous as any other pile of establishment immorality, is very sickening. Savile was but a window licker to the scenes he wished to join. His activities were seen as those of a useful oik to the more superior crowd, safe in the power of a rotten but heavily guarded bunch of self serving elitists.

To cure a Nation, or indeed a world, of these inadequate and at best sick, core of kiddy fiddlers is probably impossible. Their grip over our society is all powerful. The horror inflicted on our children of nothing to those who readily torture and kill those seen as troublesome.

The men, in the main, to whom sacrifice and war's realities are to be endured only by the "little" people, are probably untouchable unless their "let them eat cake" attitudes are recognised and they be swept away as they were in France and Russia. I see little hope of that, sadly.

To listen to the faux horror from such as Milibad and Harperson is grotesque pantomime. These are Privy Councillors. People versed in the deepest morasses of their or their pals making. An independent inquiry is a euphemism for ensuring a "mate" gets to do a Dunblane/Operation Ore style whitewash. If that were to fail then a 100 year  gagging instrument comes into play. They will know only too well how deep the rotten core goes.

The Royals alone would tremble at the idea of a really deep, independent inquiry, let alone the Mandy crowd. All our coked up, nasally damaged Miliverybad is doing is pretending to be outraged whilst actually desperate for anything but a genuine investigation. One handed to someone unafraid to expose these perverts at the very top. Is there such a man or better still, woman?

If there is it would be a very dangerous commission indeed. Imagine how such an undertaking would be hampered by senior police, mandarins, political interests and the wealthy gangsters they employ? Not least the EU despots. It can never happen. Savile will burn in purgatory and await his cohorts' eternal damnation. That's about the best we can hope for!

I also point you to this blog post of today. Doing the work of our corrupted MSM. Not least Uncle BBC!