The Rip Offs Carry On Regardless. 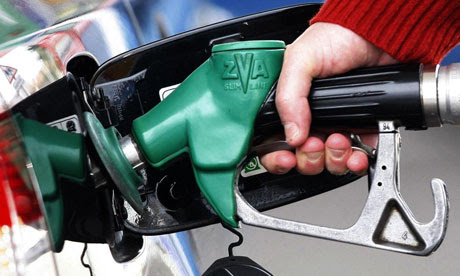 Yesterday and now today   the cost of fuel, to the masses, soars. Bear in mind many of the fat cats, government and ministerial cronies get theirs paid for by us. There is also the fact that, in these straitened times, fuel consumption is reported as down 15% in 2011 and down further on those figures in 2012. Even despite the Government inspired panic buying in early summer. Remember that ruse to boost sales?

Now the dollar rate favours sterling and has done for several moths. So there's another confidence trick, wherebye the majors cash in on the exchange rate, big time. Just think of the rip offs when we change money to go abroad. Particularly the euro and dollar rates, which should favour the UK traveller but never does. All I got last month was 100 euros for 100 pounds. To the sharks it was an 11% profit.

Now these weird inevitabilities are positively encouraged by the Government. Rates favour sterling, the big boys profit, we lose out. Sterling goes down, our fuel and travel costs rocket. Never, of course, to return to the levels from which they are inflated. There again the heavy hand of State mops up. The more petrol costs, the more they get to steal  tax us. I've never, ever understood how they get away with charging VAT on the duty/tax. Talk about slapping faces.

Now very soon, as consumption continues to fall,  Georgie Wallet Raider will realise that duty needs to rise just to keep the cash cow milking the same number of pints. (Am I allowed to use imperial measures or is that a criminal offence, yet?) Talking of criminal, the EU is about to demand higher VAT on energy useage. Not a murmur from the subdued masses. Just a weary putting on of more sweaters, if they can afford even those.

Now behind much of the doldrums, angst and fear, used to keep us all in our, soon to be cold boxes, lies the "climate change", AGW agenda. Another confidence trick to force higher taxation whilst allowing  the already wealthy to "clean up".

The clean up we need is a fairer and more caring hierarchy. Sadly non of the three major incompetents in Westminster cut the mustard. All they care for is how much the gravy train is hauling in Europe. That train crash still to happen but near enough,  for the jokers who can, to steal as much as possible beforehand.

Just yesterday the debate touched on debt forgiveness. Something which should have been rolled out to populations, not bankers, in 2007. Never can happen, unless those in power are forced out, including the gangsters of Labour and that deluded, discredited socialist dogma, that got us in this mess. Note how they jumped to it to save their mates back then. When really necessary to step up to the plate, on behalf of people, they were, as always, found wanting.

It is also hugely quiet on that mega scandal, LIBOR. The fear here is that the manipulation of those rates affected millions of mortgage holders in the States and UK. Again panic simmers in the corridors of power over possible retribution and compensation, for those cheated out of their money. In many cases out of their homes. Endless isn't it?