The Corruption And Collusion. 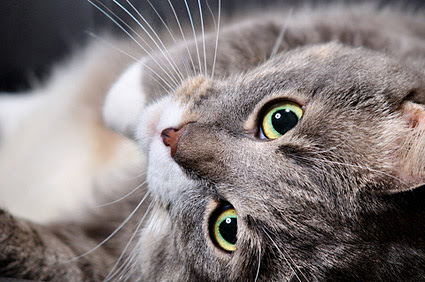 Work is slowing OR's blogging but I shall try to stay in there. After all things are slowly moving. Possibly, the right way. Well at least our ability to learn how bad the movers and shakers can be.

Two big things today give rise to many, many hidden elements of what is really going on in the corridors of the Chicago gangster dens and political Whitehalls, world wide. The glue that binds them all together is  the fraudsters running banks and corporations. In amongst all of this is the fat cat back scratching, intrinsically linked to the whole myriad connections of the lot of them.

Now bear in mind knowledge and awareness is power. So if billions, or at least millions of people can see and more importantly, understand how this all works,  the theft of  their lives and potential happiness, the lost potential philanthropy and making  the world a better, safer place, might change for the better.

So back to today. Standard Charter's nefarious activities, clearly shown here.  Read this, mull, digest then carefully observe the possible links to First Group's grab of the West Coast Main Line  bribery, deals and back scratching, sorry,  franchise award. Now for some reason this bunch have two or three players popped over from  Scottish and Southern Energy, well versed in matters political and corporate  back scratching.

If we also have a peep at their  accounts, just look at the complicated, messy façade. Now I'm a very ordinary chap but I can read words such as "former  boss  of London Underground. More unguis tickle. Also I can understand page 56, net debt, as well. A  whiff  of something weird about the following;

Some gap, especially as much of the asset base is very questionable. Laundry basket, please.

Interestingly it is the way gangsters develop jargon as a bonding and alienating form of speech,  such as   "rubbing out", "an offer he can't refuse" and so on. it really is a global alliance of crooks and charlatans. In amongst all those accounts, signed neatly off by Deloitte, are the remuneration packages quietly glossing over that all of these companies have these complex mechanisms that permit so much more to happen than most can ever follow. Fundamentally they are cash cows for the directors and liabilities to everyone else. That will include the exorbitant fare structure, round the corner, to bail this basket case Company out of the mire. Even if they do go bust, of course, the chaps at the top will just move on to another lucrative sieve to drain.

This crowd operate the USA yellow buses and Greyhound  transcontinental services amongst other thing. Note a given asset is a fleet of those yellow vehicles no one seems to want! There is a huge interest by Federal Government to protect this indebted conglomerate. As the Yanks back off Standard Charter, in return for some hefty back handers fines we find the award to First Group of the West Coast franchise. A nod and a wink to a lot of people.

In life helping out friends and family is a worthwhile thing to do. Not, however if peoples' lives and livelihoods demand a standard of competence not naturally met by those appointed first from patronage and only secondly by suitability. Our western capitalist success has been sacrificed to the greed of those able to exploit the old boy network beyond decent consideration for the outcomes.

In that very rapid embracing of the drug cartel's vast, nasty trade, to bail out the incompetent cretins in government, banking and corporations, we have proven, beyond doubt, meritocracy is a superior path to economic success and national well being than anything else. Unfortunately what we have is the ridiculous dogma  of the left which has, more than anything else, created the society we now have and made Mafia takeovers pretty simple to achieve!

Ironic that. Our fortunes handed over to the underworld by those pretending to the moral high ground. believe me those accounts referred to would not have seen the light of day, except in a bankruptcy hearing, before Bliar's and Snotty's big hand of state stupidity came along. Also ironic that there back scratching only lasted a short time in order to win power!