If You Are Regarded As Part Of 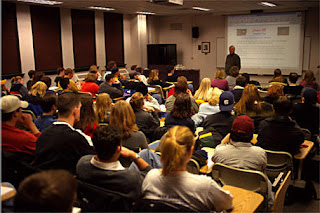 Playing fields, you'll be lucky to have windows!

Another longed for hero appears to have sold out. Unless this is a typical piece of Mandarin nastiness to undermine a Minister, of course. After all this is the Department Of Brainwashing Education, isn't it? To be honest I did think this would be about our beloved piece of work, Jeremy 'unt.

Should the story be not what it appears then standby for a spat and a half in that left wing enclave as Mike goes into orbit. After all,  "But the identities of the panel members remain secret and their findings are not published", just leaked!

Here, in a nutshell, is the whole, bare faced lying truth of our system and Civil Service unaccountability. It's a cleverly manipulated, "he said, she said, who said" culture. One where economic, social and personal affairs are just second fiddle to the cat fights and office politics of the Civil Service hierarchy of inadequate and arrogant idiots.

Sadly this inability to take responsibility is a disease which pervades politics and is caught immediately people take office. In such an example, who on earth decided to commemorate Obummers' first pre-fumble in election year? That might have been embraced lovingly and tenderly by the BBC sofa kids but please...............!

I won't kick off the ice cream was it vanilla or choc ice jokes. Whoops, sorry. Albeit I do think the hours, days and weeks to complete this load of twaddle will take some explaining. Bit like Snotty..............remember that?

A working class lady, of real earthy reality and thwarted intelligence, marmalised the old nose picker. Possibly my most wonderful political viewing ever. I'm off to buy an ice cream in celebration of the memory. Thanks Barack Mohammed's ice cream salesmen and women!