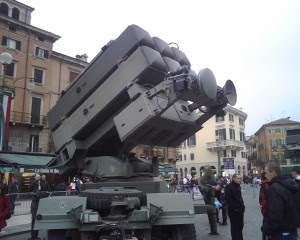 The agony of Syria continues whilst gun emplacements surround the Olympic games. Lord Coe sees empty seats and declares them occupied. VIPs prefer their goodies via room service than attend the reason why they are being lavished on. Still, it was so much more important sponsors and hangars on be nurtured or "there would be no games" goes the mantra. What pathetic rubbish.

I really am becoming worried about the collective madness of those NWO wannabes. They blithely desecrate the Olympic spirit and games for all to enjoy. They pander to the crooks and cheats of corporate and banking cliques whilst promoting "inclusiveness".

These games are becoming a good 16 days to bury bad news, it would seem. That notwithstanding the press and the BBC are euphoric about, after three days, Team GBs first medals. Two. One silver, one bronze. This Olympian achievement is lauded to the skies whilst its rather damp squib of a start is treated in the same manner as is Coe's full emptiness! I assume he saw the picture in the link with spectacles coated with images from the Bernabeau Stadium or Old Trafford!

Now since we are spending billions we can't afford, one big hope was sufficient numbers of gold medals to help put back some of the stuff Snotty flogged off for euros! Should this Klondike fail to materialise its going to be somewhat miserable for Lord Guide Dog to get his next ambitious non-job as head of the IOC.

I suppose he's already suffering withdrawal symptoms as his seven years as a "celebrity" bureaucrat comes soon to an end. No more limos and brown envelopes with his complimentary first class flights. Furthermore I doubt his tenure as head of LOCOG is likely to be as well remembered as he hoped. If the glitches and gaffes keep mounting up, medals fail to materialise and seats remain empty, Smug Chops Coe may well be the fall guy.

I will enjoy some of the events but I am already tired of the hype and sudden expertise that pops up as BBC second rate presenters struggle with the jargon of synchronised swimming and the bum to bum beach volley ball. So far, I'd say, BBC "null points"!