We Could Do Much Worse. 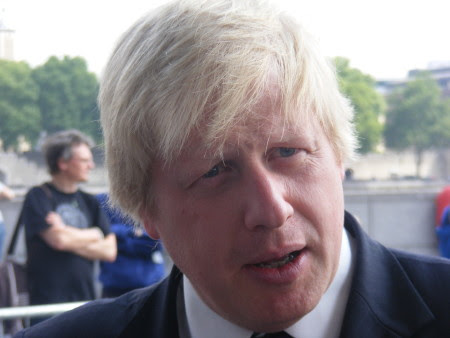 It's a shame he's a Tory. If Boris were to go elsewhere he might well be a candidate for a character worthy of being a National leader. of course there will be those who will scoff and snipe but he's at least a person capable of making Andrew Marr look the pathetic little pygmy he is.

To watch and listen, this morning, as Boris, quietly and with confidence, put that BBC toy boy, that little piece of political correctness scum and arrogance, in his place, was delightful. I didn't agree with his take on the Olympic games PR but in fairness and as ever never mentioned by the Chatterati,  he was lumbered with them.


They were brought to London by Labour as a Berlin style hoped for glorification of Socialism. It's little wonder their machinery, put in place over 13 years of incompetence,  looks pretty wobbly, is it?


Still. The Queen's Jubilee year is going splendidly, so we still can get things organised. Just needs a touch of class. Something Labour can never aspire to! have a great summer Sunday!