Another Airline Goes Into The History Books. 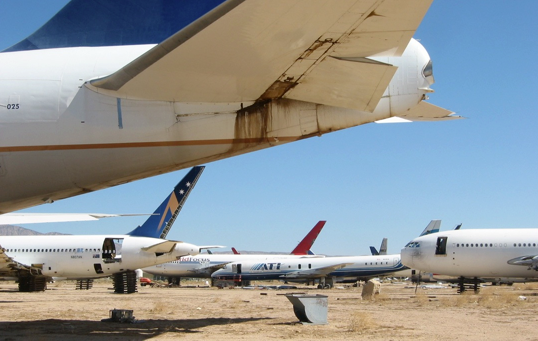 The news of BMI Baby's grounding today comes as little surprise. It is a very sad and difficult time for crews and their dependants but for many passengers like myself, no bad thing.

I flew just once with this company out of Brum and was appalled at the state of the aircraft and the cabin crew. Scruffy, careless and disinterested in the people paying their wages. On a flight out of Alicante the aircraft sent from the UK was a B737-500. totally incapable of lifting the load out of a shortened runway, due maintenance Alicante's runway. and a very hot day. Indeed I suspect the several hours of delay was to await cooler night temperatures.

After airborne the Captain advised that some bags had been left behind. Back at woeful Brum, after over an hours wait, we were informed than no bags had been loaded at all in Alicante. Now that was only one experience but enough to get the "flavour" of this operation.

It is with a smidgeon of schadenfreuden that I think of the people I complained to about that flight. If their dismissive arrogance is now devalued by loss of their jobs then I suggest they were part of their own misfortune. In difficult times every bum on every seat is important.

Naturally this also reminds us of the terrible economic slump our leaders and Bankers have brought us to. Unlike other past recessions those who caused it remain at the helm of this stricken ship that is globalisation and political mindless incompetence. Until The EUSSR falls we will never see an end to the morass. There will be many more airline failures to come during the ensuing years of blind leading the blind business and politics.

Update; Some sources are now saying they will fly up to September but I'm not sure that would be possible with the losses so great and suppliers clamouring to be paid. Time will tell.