Of Mice And Men. 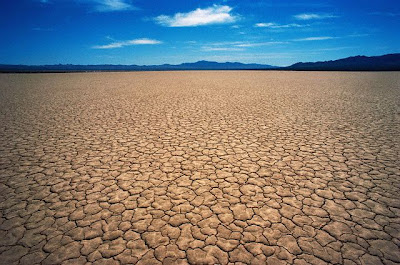 Disaffected MPs and their frustrated  colleagues are becoming more and more common. We are in a wasteland such as depicted above. Barren of ideas, will and vision. The corporate and banking failures and their political servants, have failed us all dismally. We have all been trampled in the stampede for a place at the top table of an all powerful New World Order, underpinned by the ghastly philosophy of  the common purpose ogre. The latter being the training camps used to further the dominance of the bureaucratic mind set.

If we look long and hard at post second world war history the real aim of The UN establishment and the hand wringing, crocodile tear jerking was little more than theatre. The reality was to create global organisations to bend to the will of the corporate and wealthy obsession for a commercial, empirical enslavement of the masses.

However the intellectual capability to achieve the goals set by Common Purpose had little idea as to the consequences and financial dangers of their thinking. Subsequently individual members of the banking corporations and those of little conscience went for personal greed and wealth regardless of how it was obtained. This quickly morphed into the ponzi climate that culminated in the collapse of 2007.

To recover from 2007 the common purpose had to be to get back onto the horses that had thrown them. In this they turned to the drug barons and criminal cartels to give them a leg up. What they promised in return we may never know. What we can know for sure is that we were and remain sold down the river.

This brings me back to the beginning of this post. The remarks by Nadine ring very true. The comfortable bubble of The Boy and his best pal, Georgie, remains far to pleasant to really break out from. The belief that he was born to be PM is alarming for its lack of awareness as to fitness for office. Their delusion that somehow they are in power when everything is locked down by our EU Civil Service quislings is blatantly obvious to all but they.

Not that this disparity between the political and the lay existence is peculiar to The Cobbleition. It permeates throughout Government and Western social structure. The Netherlands are in turmoil as people see the nakedness and incompetence writ large. The French have put down a marker for right wing ideology and Nationalist preference for pride and reality. Despite puppet placement EU despots in Greece and Italy, the people are not best pleased. Spain is imploding as I write. Portugal and Ireland, without dramatic change, will never see prosperity in my lifetime,  if not for many decades. Maybe never again.

What's to be done? Well common purpose needs destroying for the sham and elitism it creates. The EU needs to be broken up. The many billions saved, debts written off and smaller trading and in house commercial activity, looking after smaller, national interests must come about.

Big is not beautiful. It is unwieldy, slow to react and too busy looking over its shoulder for a bigger guy creeping up behind. I'm not advocating protectionism per se but smaller, more accountable and altruistic governance. Political cartels broken up and replaced by genuine, successful individuals offering decades of experience and understanding. People who know not only the price of everything but its intrinsic value to everybody. At least those deserving through effort and common sense.

It's well past time those in our three main parties and political closed shop who are genuine and decent quit. Even quit for now to allow the old and failed gate guardians to be replaced. We need something to conserve what is best and change what is poor. One thing is for sure, it's not socialism and it's not of the left wing ideology. One as quick and as adept at selling out as any other.

In the UK there is presently only one political Party capable of shaking up the system. You know which one and it's time the likes of Nadine woke up to where their spiritual political allegiance lies. It's not The Boy's wishy washy and indeterminate liberal socialism either.

Furthermore the time when once loyalty and a desire to influence from within a political tent has long gone. All that is on offer from staying put is a golden shower from the earlier incumbents now outside. I know that personally! So does Nadine.