Posted Under The Label Of Drivel.

How The Boy Has become A Clone Of Snotty. 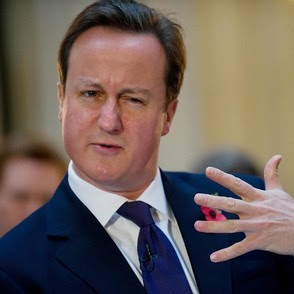 Like Snot Gobbler Brown, The Boy flounders in Number 10. His boyhood ambition to be Prime Minister achieved, he never understood that you are only the public face of an affectatious bunch of Mandarin Goons, long sold out to the careers beckoning in Brussels.
All of these moronic clones still believe that their PR machines and image makers are all that is necessary to be lauded as supreme. Unfortunately the inadequate, infantile nature of the modern political careerist was highlighted by that disastrous performance with Obummer, just a few days ago.
Now, this very morning, comes yet another wheeze from the Blackberries of the kids on the block in Downing Street. A statement as to where your extorted taxes go. Well identified here.  I wish to make additional observations with regard to the tax theft as a whole.
This paper starts the discussion rolling. The most significant point being stated early on is that income tax raises but circa 25% of Government revenue. So telling us all where that goes is a pure sleight of hand to take our eyes away from the plundering mess elsewhere. These kids are pathetic but still cunning sods.
Not that easy to track down but here's a neat  paper from the same IFS source.  Government income is given here as £588.6 BILLION! Some 38.1% of our gross domestic product swallowed up. To add insult to injury the 0.3% in every VAT pound raised goes to Brussels. This of course will rise long before you know it. As Baroness Ashton Crone insists, however, you are not to be informed. Why this overpaid inadequate gets to make such edicts is beyond me.
Nevertheless my point is made neatly by the former but now Baroness, Mrs Kellner. That this scam to tell us all where our PAYE is wasted is but a subterfuge to disguise the true scale of the bureaucratic "great train robbery", violent, extraction of the fruits of our labour. The servicing of decades of Government profligacy, that has so indebted us as a nation, is a juggernaut that tomorrow will be spoken of in reverential tones.
The foolish, plaintive nature of the puny efforts to appear in control,  as considered yesterday,  will be challenged stridently by the even more pathetic Labour hypocrites. The very architects of our laid waste society, gerrymandered into an unsustainable burden of jobless and homeless hordes. The media will lavish acres of trees dissecting the emperor's latest wardrobe, all the while believing that none of us will see the furious tailoring as nought but flapping hands around a non existent, invisible garment.
I've no idea how much this detailed "statement" of expenditure will cost. All  can say is that you and I will pay the bill, as ever. A few pence on alcohol, a massive double tax on fuel, as the duty neatly attracts extra VAT. That scandal continues totally overlooked by the general public. We pay tax on tax!
That last point is most interesting. You have paid tax at 20% basic on your income. You buy petrol and pay duty on top. On that element of duty you pay VAT. How daft is that? You see how this HMRC statement of where your PAYE is spent is just a ruse. It will probably be very successful and hide all the other increases dumped in our laps. Just you see!
One popular measure of the load we are forced to carry is that point in the year we have paid our dues from our income. Tax freedom day. Now what's the difference here between slavery and freedom? We shall be informed tomorrow!
Posted by Oldrightie at 12:21