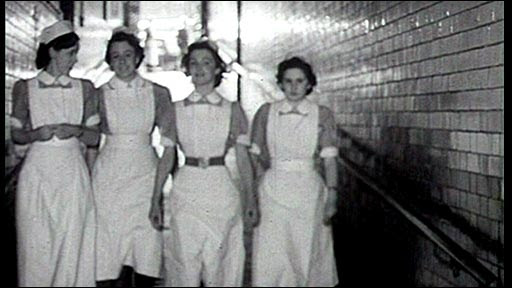 The NHS was formed a couple of years after I was born. A remarkable and magnificent concept. To fund it all workers paid National Insurance, which was also designed to fund old age pensions. As ever, this whole idea was doomed from the start. Labour decided it was theirs and theirs alone. That selfish claim turned the concept into a political football.
So for over sixty years of dreadful politics, the  service has been starved of it's rightful funding,  made available to millions of people throughout the EU and for that matter, the world. Labour have managed to also turn it into a sacred cow in a manner similar to The EU itself. Its very existence is deemed sufficient despite the total lack of money to pay for it properly.
Before long the big idea will be another tax ruse. In order to cover the ever burgeoning need, a ring fenced tax will be introduced to replace the one already quietly absorbed into the income tax's voracious beast's appetite.
Of course, had the whole idea from the beginning been a private insurance operation we would not be where we are today. No private company would have made the service free to every tom, dick and harry worldwide.
It would also have been free from the constant, wearying and endless political rubbish so beloved of Westminster. It cannot be denied reforms are necessary and whatever the merits or otherwise of the current bill, something has to be done. As for Labour, 13 years in power and all they managed was to screw up GP contracts.

Why some kind of cross party consensus can't be reached is beyond me. Somehow the decades of whingeing and kicking back and forth must be stopped. That dreadful phrase, "free at the point of delivery" rubbish. We tax payers pay through the nose for medical services proffered to all comers. As for free at the point of delivery, that doesn't apply to most peoples' prescriptions. Mrs OR and me had to pay hundreds of pounds for her cancer drugs. On top of that a fortune in car parking charges.

Of course the NHS has wonderful people and facilities but so often we just can't afford them all. Nurses pay, unlike GPs, is a scandal. PCT bosses, more often than not, are not clinicians but overpaid bureaucrats firmly in the Labour camp of placements. Still the inadequacies remain legion and the staff in a constant state of flux.

Politicians on all sides should be ashamed of themselves. Naturally most of them quietly secure private treatment knowing full well the horrors of overcrowded waiting rooms and wards. Places often bulging with third world supplicants with third world standards of hygiene and once eradicated illnesses, such as TB. It is certainly time for change but I see little sign of it.

Like education, the NHS is owned by the Unions and their pals on the left. As is the Civil Service. Not content with their role in killing industry and mining, they are now hell bent on the public services' destruction. To be frank, I would imagine that privatisation of the NHS could only improve matters. Except the tax paid for those services would just be squandered elsewhere. That beloved wall of Government. You know the one they so like peeing our money up.