In The Form Of Warnings And Reality. 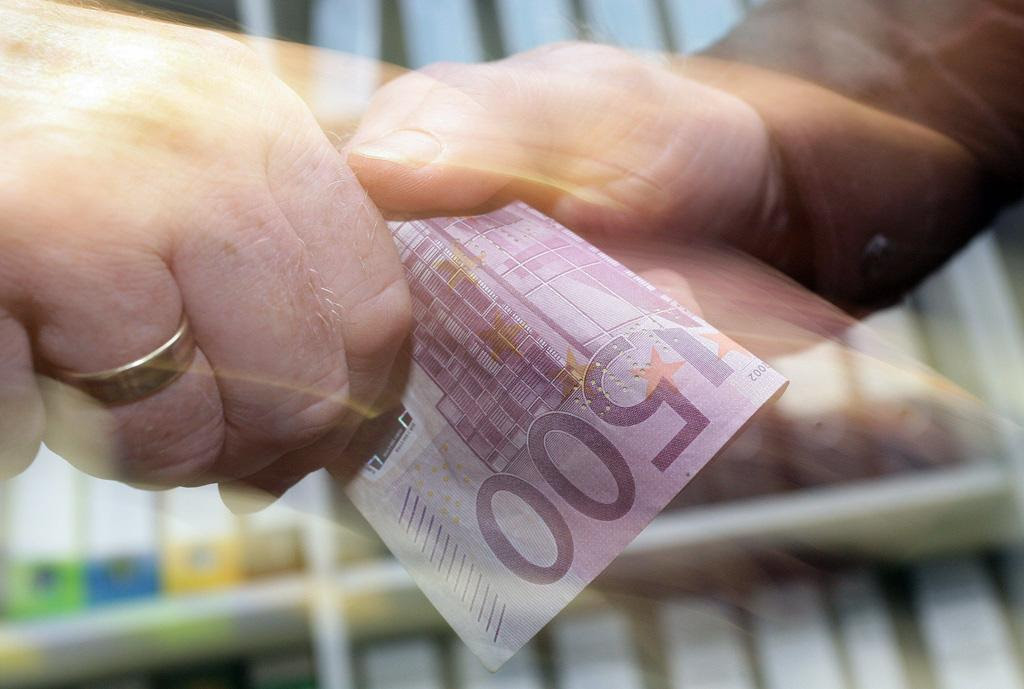 A plethora of fraud discussed here.


For internet surfers and the blogging fraternity here's a simple task. Google "EU corruption". This opens up a resource of over 64 million pages! By extending the logic of this Mafia controlled deceit and embezzlement, we can determine easily why The EU is unable to address its nightmare collapse.
At the moment the Greek Nation is under the cosh that this endemic fraud and criminal influence has brought about. The British are possibly less effected for many reasons although guilt by association is pretty well a given fact. The small extract below is from here.  In amongst the hardship and terrible austerity is also the mention of the proposed purchase for Greece of  60 German Eurofighters. Now who is to benefit from this enormous deal? This fraudulent exercise below is peanuts compared to that.
However when we consider that the EU's accounts never get signed off satisfactorily, as discussed here,  we must be aware that billions that have gone missing will never be returned.
"The Economic Police Department of Greek police has started to open the bank accounts of 30 people who have set up NGOs after complaints about splurging state grants. One  NGO top of the target list on the Greek police is the “International Centre for De-mining” that allegedly received 6,9 million EUR in recent years but showed no activity in removing the mines at the  border area between Greece and Turkey, "
This leads to further issues of where next. The problem is so massive, the criminality so insurmountable that a solution is just not possible. Not only is the practical failure of one size fits all an issue but who is in the firing line for a knee capping, if they fail to assuage their gangster pals demands for ever more revenue.
This EU Commission has a track record of firing anyone who gets close to the stench of clique ridden inner circles. Our own Welsh Windbag Kinnock was once nudged in the right direction, for significant rewards, was he not? Another one of the 54 million pages.  If we delve a little deeper we find one brave soul,  Marta-Andreasen , (one good reason to support UKIP) and a victim of Kinnocks "nastiness for silver" behaviour.
Now all these matters will be understood by the heads of state and probably used for personal and political gain. Whatever the nasty secrets which exist , so beloved of the powerful, , somehow they've lost the plot. Their only consideration is where to find the next tranche of instalments to their pals.
The markets are also demanding something be done to help stabilise the world's economies, possibly unaware that the IOUs' priority is to underpin the black market in wealth, they have so stupidly created. They accepted loan shark style drug cartel funding and probably thought they could control the liabilities for doing so. Yet another Google exercise and one example here. However once the colossal cash swirling around, (through an insatiable demand from worldwide addiction) entered mainstream political need, the Pandora's box was opened.
If my premise is correct then only the dismantling of one or more of the vehicles party to the web of corruption  can work. I would argue that the failure of The European Union and the losses that would wash over the cartels, might do the trick. OK, so quite a few EU bigwigs might come to mysterious and sticky ends but that would be a consequence brought upon themselves!
So there's my conspiracy theory for the weekend. The whole financial maelstrom is created by the collision of political, corporate and Mafia interests. Sure there are unending complexities involved but the simple fact remains. The politicians and The EU in particular, used a very short spoon to sup with!
Here's one guy, love him or loathe him, had their measure years ago. Still does but cuts quite a lonely crusader figure in the face of overwhelming, criminal odds.
;