Where's all the cash?

It's All Gone From Europe. 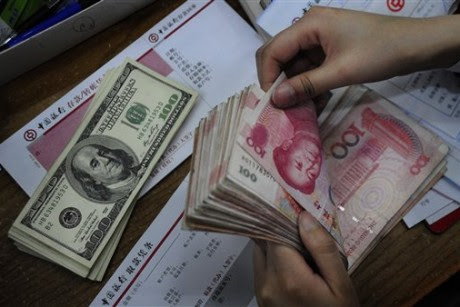 Hat tip to Witterings of Witney for highlighting the fact that all this talk of isolation is just EU propaganda and throwing of tantrums and toys out of prams.

Whilst the bust, destitute, morally and financially bankrupt, corrupt total idiots, in the EU cabal, bicker and prattle, the real, evolving, proper world carries on. It does so regardless of these deluded Europeans' tunnel-visioned and myopic pillocks, so blinded by their Empire building, frustrated efforts, as to not notice!

In among all the EU's fractious and hopeless efforts is one major and unchangeable fact. The European Union is bust, broke, penniless, pretty well destitute. Here's the rub. Behind the scenes the inscrutable Chinese have laid their carefully baited traps and sprung them.

The EU's recent begging bowl cortèges  were an embarrassing failure. This short video emphasises well my post today. It does rather beg the question as to how wise or clever our Western politicians have been. They embraced China and encouraged the flow of cheap and somewhat dubious labour to fuel their own election chances and bubble economic inflation.

Possibly, even more than the USA, The EU seized this golden chalice, not realising it was in reality a poisoned one. Meanwhile the Chinese decided that the place to invest and where raw materials and precious metals were readily available, together with an insatiable appetite for weaponry, was and is Africa.

Not for the Sino drive towards dominance are the squeamish sensitivities of the bleeding heart, soft underbelly of European Socialist angst. Whilst our lot claim some Utopian high ground of morality the real politic is quietly taken to new levels.

Whether  the Chinese plan is that exact, I'm not sure. I do consider the Indian model is closer to the Chinese than it is to the West. Both are unimaginably awash with cheap labour. A work force for whom compliant subjugation is literally a matter of life and death. The pathetic and trite wringing of hands about competitiveness have utterly failed to grasp the point.

So as Europe failed and flawed, cretinous rulers continue to impoverish the rest of us, whilst feathering their own luxury nesting boxes, don't be fooled by all this rubbish about isolation. It is Europe itself that is isolated. The States have the Pacific and East to play off against the Atlantic Western debacle. The USA still has sufficient size and wealth, allied to a common single nation to survive. The fledging, flawed from the start EU has made such a dog's breakfast of all it touches, there is no way it can recover sufficiently to grow into a wannabe US of A.

As for India, their strategy has been one of corporate infiltration. They have quietly and successfully sandbagged the West and Europe in a similar manner to the Chinese. Their biggest weapon is also cheap labour.

The greed to be a global and influential player, passionately sought by Europe has never been possible because of the spoilt and expensive social engineering, welfare state policies. The belief that it could all be funded out of growth and economic union was always a pipe dream. Never mind The UK remaining an influential voice in the World, Europe is even more sidelined by its poverty core.

For the UK small must now be the direction. Stop trying to be big brother to the world and concentrate on allowing a shrinking economy to mirror a shrinking population, via stricter immigration safeguards. Get out of and stay out of unaffordable wars and conflicts. Learn to be a specialist manufacturer, contractor, farmer and self- suffiency leader.

Drop all this climate change rubbish. Those tumbling, blazing windmills were a sign. Be it from God himself or the Chinese, is not relevant. That blazing, collapsing tower certainly mirrored The European Union more than the UK. We could even use these unwanted edifices to strap Huhne to. He could rest when the days were still and spin in the gale force winds when he got bored. He does enjoy speeding after all!

P.S. The Durban, multi-million dollar jamboree has been a huge success. From his ultra first class hotel and airline passage, Huhne assures us that saving Kyoto was a magnificent achievement. That was, of course, not the reason for the partying get together. It was meant to be the birth of a Sumo son of Kyoto! Whoops, buggered again!