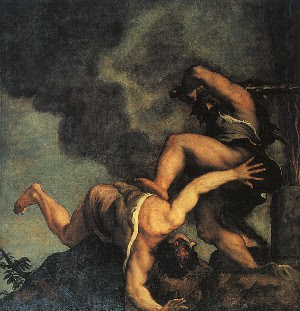 Sometimes the feeling of aloof commentary and personal effort, to point out the dreadful political goings on, plus the fearful consequences of their incompetence gets ever more difficult. Ask Goodnight Vienna, who has withdrawn from the arena. Sadly.
I frequently muse on the personal consequences of railing against the juggernaut of ever encroaching State control. Then from time to time the more direct consequences hit home. Saturday morning I received this missive.

Right click, "open in new window" to read.
Can't you just smell the collusion with interfering, Gestapo like secret police? I did wonder if my justifiable reluctance and success in not filling out the highly intrusive census form, prompted this latest nosey agenda? I wonder if other census wary people have had the same. I also recall the mad suggestion my generation should forfeit out homes to cope with the pathetic mass immigration policies, designed to Balkanise The UK.

My God but genocide seems ever closer. What a duplicitous piece of work. I suppose the agency involved will be "friends" of the contract office placing it. Sickening. A rancid and sickly letter reflecting the same secretive real thinking behind such manoeuvres.
Then this very morning I read the financial sections of The Times and began to realise how terribly personal the whole nasty, invasive and malignant EU is getting. I sometimes despair of  Richard North's  relentless gloom but cannot gainsay it. Not when the two issues I am blogging on today are so personally illustrative of the catastrophic developments towards a new World Order of Orwellian nightmare nature. The victims of which are lined up to be the white, Northern European middle classes, in the main.
I hope the first matter resonates, the second is this. My Wife's parents retired to Spain just over 5 years since. Their sterling pensions have been decimated by the euro debacle and now the Spanish economy is so destitute their wealth is an obvious target for pillage. Whatever the Merkelites come up with it will be those whose frugal and tough lives allowed them a comfortable retirement. Unlike the bloated and opulent upper echelons of The Civil Service and their Brussels co-conspirators, we poor mugs have little if any defence against their grasping need to fund their unproductive dictatorship of control.
To prove my point just listen to Osborne's reaction to the whispers in his ear. A massive boost to infrastructure spending fuelled by pension funds. Sure, tax payers will pump enormous profits back into the providers of this largesse. Any mistakes, of course, will be met by the pension holders, not the Companies.
How come? Well, Snotty Brown's clumsy destruction of tax relief on pension fund dividends caused not a dent in those companies' power and riches. This is  Worth  repeating, I suggest. Not nice being mugs, is it.
So all I can say is this. Richard and many, many other bloggers must keep writing and blogging. It's not much. Still, if all we do is show we understand the nastiness, the grotesque malignancy of it all, perhaps in years to come our contributions will be used as a warning for the next replacement World Order which will follow this one's eventual demise, in decades, or even centuries, hence.
Meanwhile, whenever you can find time to see what is being done, to stifle your life and future, at least think about it. Spread the word and make some sort of stand, no matter how small. Anything is better than nothing, in the walk to the gas chambers.