Not The Food But The Largesse. 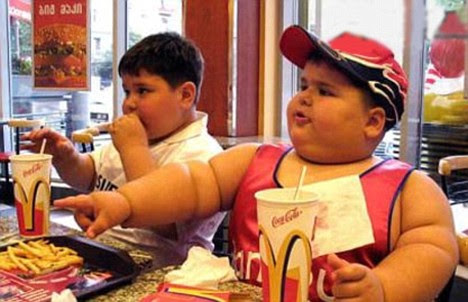 PR to obesity firms  "Other Freud clients include Pepsi, KFC, Walkers Crisps " gets a £1 million bung to do all the PR work for the NHS. Now that's a lie. It will be far more than £1 million quid.

One of the World's greatest failings is the "jobs for the boys" syndrome. If this was swept away and merit alone become the driver behind business, banking and politics, we would all be better off. Look at North Korea, The Gaddafi family, Castro and his brother, the list is endless. A list of the triumph of sycophancy over ability, that spans millennia.

It would appear that there is nothing we can ever do about it. That we pay billions to Government, The NHS and The EU, for the propaganda and brain washing they get ever more wily about, is sickening. In many respects, particularly the food processing and animal waste rendering conglomerates, we are paying for the privilege of digging our own graves.

Isn't it so ironic that the health warnings, booze and fags nannying State, pays for billions of pounds worth of "education" then happily give their pals massive contracts to "teach us" the evils of eating and drinking. Pals receiving even greater rewards for batting for the junk food pushers. The very people whose contractual relationships guarantee nice big lobbying and influential access.

Of course, when The EU banking system is propped up with drug cartel money,  shoulders get shrugged. It can be of little surprise the World's a mess when this is how we are governed. Just imagine some of the meetings taking place between the Mafioso and the politicians. The laughter at bunga bunga parties when the horses heads are dished out and the less well connected paraded through the room for sport.

Surely there must be a better way? However, how to achieve it is beyond me. Even mass revolution wouldn't touch the gangsters who would lie low until their influence was quietly restored. So I guess we just have to live with it in the hope that heaven and hell do exist! I would happily suffer torment if I witnessed those more blameworthy than myself for the ills of the Human Race, roasting over a chestnut fire! Nearly all men, of course!