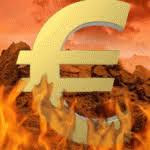 Reuters pointed yesterday to the growing pressure on Germany as the erstwhile EU master race. This rather technical piece highlighted how any movement to "parcel" the untold trillions, already spent, into promises the spending will cease, is proving, not surprisingly, an impossible burden.
The EU is dead. All the grandoise rhetoric, promises of hidden treasure, yet to be discovered, is a joke. The Bilderbergers know it, everybody knows it. Indeed the "too big to fail" corporate ideology, coupled to the grasping political greed has screwed up. The Chinese are aware that throwing good money after bad is a no brainer. The Russians are well clear of any major fallout and the emerging nations such as Brazil have more sense than any bunch of unelected EU Commissioners.
As the failed leaders follow and mimic Merkel's whirling Dervish, futile gyrations, they are so far up their own orifices as to not notice the band has packed up and gone home. As the Reuters article states, "The German debt agency was forced to retain almost half of a sale of 6 billion euros due to a shortage of bids by investors."  Why spend rapidly failing euros when you can wait for mighty deutschmarks!
So this is how it might well pan out. Investors will not wish to buy EU debt anymore but wait for the ability to use different currencies to divide their holdings amongst successful countries, leaving the higher risk Nations to trade and budget their way back to health as smaller more easily managed and accountable in house procedures.
The mantras of "too big to fail" and "one size fits all" are beginning to be seen for the Canute failures they are. Just consider the cost of The EU bureaucratic juggernaut of unnecessary jobs, buildings and petty regulations. The billions poured into a business that has never had one day's surplus ever. Sweep it away and write off the whole internecine rubbish and nightmare. Stop using the weapons of mass economic destruction. All you get is an ever bigger mushroom cloud!
As for the picture used by Reuters, were they aware of all the connotations it represents? Most amusing, only the little black 'tache is missing. 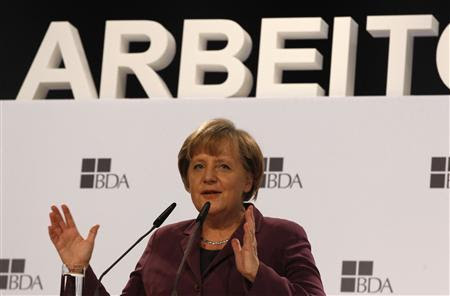