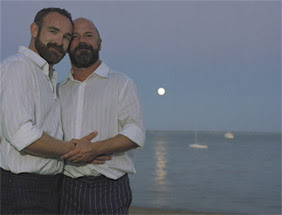 A charming minger, whose character may be considered under the "Controversies" section at the end of the linked biopic. It would seem the Sunday Times, yesterday, was camping out on the lawns vacated by The News of The World. My beef with this hateful and spiteful pillock rests with how this ST edition appears to have bent over backwards to underscore the salacious rumours dredged up against Sarah Palin.
The Sunday Times seems to have happily accepted a theme for the week, with three separate references to McGinniss's pathetic hate campaign of unsubstantiated, mega character assassination. A full page sneering piece by Tony Allen-Mills headed the savagery. A barely disguised excuse to appear unbiased but the thrust of the piece was a blatant plug for McGinniss and a lead in to trailering Sullivan's piece that followed in "The Review" section. Mills's piece ended with "There are others who will continue to pray that America's next President, (he prints "president" with a small "p") wears high heels and a push up bra."  If that's not sexist I don't know what is.
Anyhow, this was the hors d'oeuvre to my laddo's main course. His sub-title hints at the theme to follow. "A new book savages the maverick's political fitness", as though she has a track record of the corruption, to be found at the heart of a system she eloquently denounced and derided just a week ago. One  fronted by the likes of Clinton and Blair to name but two real shysters. Worth checking out, for common sense alone.

Then the bearded lover of bearded ones continues ever more nasty and spiteful. Note how he relishes McGinniss's deluded and obsessive work. " And (starting a paragraph with and?) what did McGinniss find? He found a climate of fear in Alaska and especially Wasilla". Evidence is there none. He, Sullivan then suggests that renting a house next door to The Palin's was pure coincidence. Yeah, sure, like the coincidence that this narcissistic bastard, wannabe American (but banned because of his lifestyle, self inflicted disease), chose a partner the spitting image of himself right down to the weird facial hair!

I could go on but if we wait a hundred years this misogynistic, nasty, hissing brigade of misfits won't point us to this nor this other, more balanced view. As for The Sunday Times,  they'd not finished yet. The News Review Week pops in a little jab under the title of  "Baked Alaska".

This whole edition was a despicable illustration of the very powerful grip the moguls and the "permanent politics" Palin spoke of, hold over us all. Note this small extract from Palin's speech, "...as much as the media wants you to forget this, Tea Party Americans won an electoral victory of historic proportions in November. We the people, we rose up and we rejected the left’s big government agenda. We don’t want it. We can’t afford it. And we are unwilling to pay for it."  In this she includes in the "it" we pay for. American, British, Dutch, German French, everyone, pays for the media that props up the failure we now have to watch happen all over again.

Well, like she, I've had enough of tip toeing around the politically correct minefield. Call me homophobic or any other phobic, I'm sick of pandering to and having the journalistic gangsters of puerile nastiness, fuelled by their own sexual deviancies, tell me how to think and behave. As all the minority factions embraced by the establishment of intellectual fools parade their savagery, debauchery and sadistic grip on the majority, I call for a fight back.

I don't know how but we have to stop being so meek and accepting. All I can say, if it walks like, talks like and acts like a depraved loony, it is one. Sullivan fits like a glove, in this category, he really does.

Were he to get wind of my denunciation, (unlikely), I would refer the fat slob to this.  Though I can't totally agree with all of it , it hits the spot as far as my feelings about the turds discussed in my post are concerned.