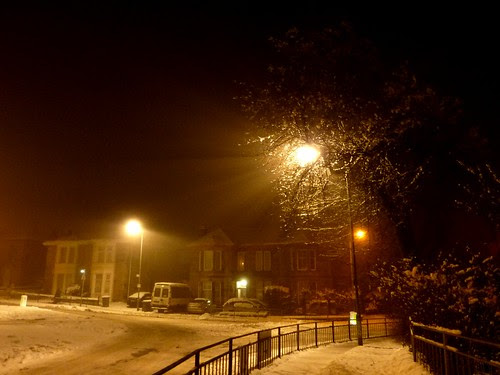 I apologise for the picture as memory fades of the harsh winter of 2010-2011. However there is a scientific consensus that sunspot activity presages a significant cooling period for the coming years. Despite the very dry summer we have, right now, it's fair to say that heat wave frequency has been lacking compared to recent summers.

You may shrug and not be bothered by whatever lies ahead since there is little we can do. Well if you do nothing else, just bear in mind this. As your energy bills soar, to bordering unaffordable, levels, think on those who will continue to extort your taxes, even as the elderly freeze to death. These same people will also be coining substantial sums from your largesse, as vested interests, now very, very quietly, continue this disgraceful destruction of what little wealth we might still cling to.

For example those, with everything we can but dream of,  know no limits to your exploitation. What was once a Labour fiefdom, encouraged heavily by The BBC at one time, is now the stage strutted by newer arses in different clothing but the same snout in trough mentality. Your very own LibDum, hoon above hoons, Huhne, being robber in chief in this instance.

Christopher Murray Paul-Huhne was active in student politics, supporting the Labour Party.  Now Secretary of State For Climate Change. Note this eye watering sum, "If Energy Secretary Chris Huhne has his way, Britons will be forced to subsidise renewable energy by approximately £100billion in the next 20 years.", source.  If? Of course he will get his own way. Bet if I had the MSM's resources I would quickly discover that his preferred "blind trust" scams will include large, climate related, crap income. Unlike Bliar and Mandy, whose blind trusts, (blind for good reason) were networking of despots, related!


So, as the mansions and luxury homes of the ruling and political classes are heated to excess, we shall continue to be smugly manipulated from Brussels, forced to bail out the feckless, fund the AGW industry and fall ever deeper into poverty. Be it the German people, Dutch, French, whoever. Unless you are on the centrally heated gravy train, you will be outside in the freezing cold, teeth chattering and your fuming anger reduced to hypothermic helplessness, as the warm carriages trundle past, fueled by your unnecessary taxes from years gone by and still to pay.


Another Ministerial idiot has claimed the "riots" were a one off,  they even look deluded.  If torching vehicles becomes one of the only ways of keeping warm, I think that stupid lack of understanding is a classic, delusional statement, from a class that really just does not get it.