Roll Up, Roll Up.

Trot Out The Same Old Prats. 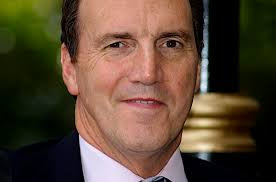 Full of the old cliche crap.  Bloody hell, the barrel well and truly scraped. Not one mention of the political classes deliberate creation of these inevitable consequences. Lee Jasper, another grasping robber, given credibility and telling us how to live. Well, exist, if he got his way. Now followed by Livingstone siding with the rioters deprived existence and preaching the class card and scoring cheap political points. Next up, Diane Abbot. All the lefties so favoured by The BBC. Unbelievable. No link to the thieving, public purse robbing MPs, Councillors, Coppers and top Civil Servants. All of them every bit as guilty of malfeasance as this black revolution of hate and greed. That's before we start on the woeful economic stewardship to bankruptcy, crafted by The EU Barons. Lord, what a mess. Now Brum going explosive as the hordes of imported dregs from across the globe decide that money is no longer necessary, just take what you fancy.
How many years have some small voices warned that this would happen? What's been the response? "Your racist, bigoted, nasty, white, selfish, middle class. Not leftie, bleeding heart, socialist elite."
Well, reap as you sow, cretins. As long as Pseudo Dave is having a great Italian, luxury holiday, who cares. See you early September, if you still exist, as far as our Prime Minister is concerned. So suddenly he's decided to pop back for another committee meeting of the same mandarin buffoons who have brought this all about.
One word not being mentioned still, the majority of these gangsters are all black.