There Must be A Master Plan. 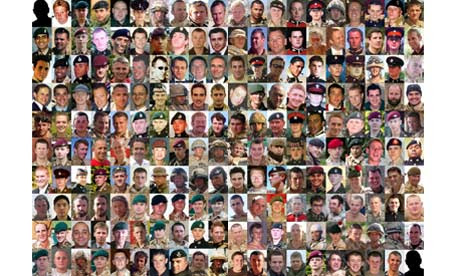 All this talk of cuts is rubbish. Our Government is mired in a debt/interest loop with little idea how to get out of it other than paring important expenditure, whilst still throwing good money after bad. The bloated, Union empire that is the labour gerrymandered civil service of "outreach" workers is indeed out of reach or untouchable.
In the middle of all this is the despicable talk of "defense" cuts whilst allowing two wars to rage unwinnable, unaffordably and stupidly on. Some "covenant" that allows death to stalk the battlefield and redundancy the home front. I can only assume that it is all some master plan. We swell our liabilities and debt via a central distribution point, squandering what little wealth we have left. If we look at the manner in which indebted nations are subsumed into the Federal ideology, there assets seized by European investors and central bankers, we do begin to observe a pattern. Tax payers are forced into paying for their own enslavement. Not dissimilar to prisoners forced to dig their own graves.
How might this "master plan" work with the military? Well, despite our massive debt we still wage war and budget for a nuclear Trident fleet. Add conflict costs, EU club membership and Trident together and you have the largest debt commitment imaginable. We could be free in one imaginative bound. Yet, no, we carry on down this path to oblivion.
An abyss easily driven into when our defences are run down to nothing. Let's get real here. A part time dad's Army is no match for  a multi-state, Federal Army in the image of The French Foreign Legion. What use is a Trident nuclear sub in a civil war? Nope, Trident will be our contribution to the EU deterrent force. Our military, who might well find it difficult to mow down rioting, disenfranchised uprisings, will be so watered down as to be little more than pomp and circumstance. They will be trotted out to massage the EU state visitors, not unlike the effete Vatican guard has become a relic of past might.
Behind the scenes the Afghan venture will be run down, claimed, as with Iraq, to be a great victory, whilst mirroring the financial and social mess bequeathed to the old USSR. Ironic that their defeat brought into being Nationhood whilst ours will destroy those ideals of freedom and independence. Let's be clear. All this two faced hypocrisy mouthed by Cameron's puppets such as Fox are little more than Macbeth style strutting. As we head for the EU gas chambers of suffocating subservience, our masters smug, knowing pleasure will grow ever more repugnant in its tragic success. Our defences, already decimated, will be zilch ere long.
There must be a master plan, surely? Nobody with a brain cell could get us into this mess unknowingly, could they? However, if it is a master plan it's pretty awful and if not, that is even worse! It's no coincidence that The Murdoch Empire is being savaged. It's anti EU Federalism, whilst the Yanks are very pro!

Our latest, expensive contribution to The EUSSR Nuclear Arsenal?
Posted by Oldrightie at 07:02