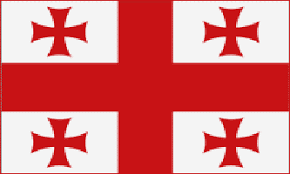 The depair felt here,  and concisely put here reflects significantly the failure of Western philosophy and discussion in the modern age. After the terrible events in Norway, the left are smugly labelling ever more viscously  the gentler nature of quiet wisdom that is the real conservative right. This is beautifully put by Cranmer and I would not dream of attempting to improve on his wise discourse.
Where my ire and despair is placed I touched on yesterday. It is strong enough an argument to continue, I suggest.
Our Western Democracy has two established tiers. The upper echelon is above the normal swim of human activity and far too grand to brook any argument or discussion as to its failure to treat those below fairly. Thus mega corporations are able to happily permit  deforestation that does more harm than any fossil fuel resource. They amass and update their nuclear arsenals regardless of the pointlessness of them, whilst waging war on millions of innocents. Financial greed is their right and we the slaves required to toil to furnish it. A massive layer of guilt donkeys operate below this tier of superiority. These are the Guardian, intellectual gate keepers to brow beat and suppress any cries of  "The Emperors' have no (conscience) clothes".
Breivik is a godsend to the second tier, despotic left. Their perceived sole rights to the moral high ground accept anything if it is divorced from the conservative, quiet, compassionate nature of true human desire for individuality, in a structured live and let live world. The constant rise of the second tier, sneering left is all the more horrific when we see their ready acceptance of the wealth, power and warmongering of their upper echelon. That's perfectly OK if it bolsters the turrets of the second layer.
If they look long and hard at The Norwegian massacre they will see a smouldering resentment and nastiness, hatred and despair, their two tier dominance has created, using similar philosophy of self righteous certainty that they and only they are right in all they say and do. Stifle any questions, suppress any gainsay. Use any methods the top tier demand to protect their lofty positions of wealth and power. It is ironic that the venom and scorn poured on those of us below is reserved for people just asking to be heard. The supremacy of the top, fetid layer is unquestioned as long as it bankrolls the sour, resentful, inadequate left, manning the gates of what is becoming a living hell. Sometimes something gives. and we all fall down. The guilt and shame of the Norwegian horror is every bit shared by all of us. There is no left and right here except to point at the left and socialism and say unequivocally, "You have held the reins of power for decades and they are the creation of our Europe of today. You, too have great responsibility for driving this man crazy. I suspect many more individuals are on the edge. So get off your high horse of smug superiority and look upwards at your puppeteers. There the left and right become united in despair at how small that tier of wealth and power really is."


Was there a degree of similarity in this gathering to that of  The Hitler Youth?  "Every
year, Hitler Youth Members had to go to training camps where they learned how to read maps, did sports and gymnastics, and were taught Nazi ideas.  Camp training was taken very seriously." and in Norway this weekend, " I checked out the program for the summer camp and there's no indication of them preparing to go to Palestine. It's mostly political debates, football/volleyball tournaments, first aid courses, speed dating, key note speeches from prominent politicians. The one activity that did raise an eyebrow was a Mine Clearing course!" from   An open discussion.  It was, after all the The National Socialist German Workers' Party but is "re-historied" to be a far right one!