Agreed By Our Cowardly Government.

On this day  as we consider " As of the 19th  April 2011, a total of 364 British forces personnel or MOD civilians have died while serving in Afghanistan since the start of operations in October 2001.", it is disgracefully obvious that in the shadowy and corrupt corridors of power a new military covenant has been put together and sold by the Sir Humphrey Quislings to the weak and pathetic Government.
The quiet destruction of the Wootton Bassett honouring of the fallen shifted to some obscure backwater for PR purposes, just one example of the lengths these people will go to cover up their agenda. Remind me of Pseudo's career talent, would you?
The plan seems to be evolving wherebye we only tell the arms suppliers where to go to peddle their tainted wares. Our armed forces are just allowed to be deployed as fig leaves for the naked treachery of our erstwhile leaders. Their once proud traditions are being allowed to wither in Afghanistan, ably covered by the secretive ambitions of our biggest enemy, The EU Commission. That bumbling fairy, Yorky Hague twittered on yesterday about how we cannot look after every country suffering the draconian murder, beloved of some of our closest mates. When I say mates, I mean arms customers, of course.
Remember this, our armed forces are stuck in Afghanistan because they are conveniently out of the way, whilst the once proud Covenant of national respect and debt of gratitude is torn up in readiness for a pan European armed services. An armed services whose allegiance will be to their EU pay masters, not their subjugated Nations.
You may well smirk at this "conspiracy theory" but in years to come you will be unable to recognise the uniforms of our armed forces or riot police. Freedom will be very much as we are witnessing in the bloody conflicts in The Middle East. I doubt our Eloys and sheeples will have any of that proud breeding  that is coursing through the blood and sacrifice we are seeing elsewhere. These looming elections will be the same old donkey, rosette wearing pillocks happily handing over our armed services for a fistful of coins.
Want to imagine the future landscape of The United States Of Europe? Here is a picture of the most dominant foliage of that future. 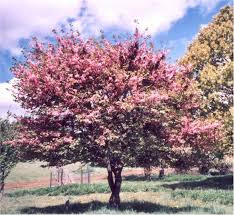