Yorky On A Recruiting Drive

For Epstein And Maxwell.

I do not regularly post on the same subject on the following day. This matter touched my life and saw the death of an estranged daughter at the hands of people like these, thus my wish to post again.
I suspect the Duke of Dork may be too thick to have been aware of the Epstein/Ghislaine procurement agency but the clip above does have a degree of sick humour about it.
The issue here of course is how far does the world at large go to tolerate the use of human offspring to service the vanity and immaturity of the paedophile? The likes of this level of social and wealthy individuals have no shame and no pride. Everything is a commodity to be bought and sold. The consequences of their actions are of no matter to them. Arms dealing and despot arse licking, seemingly practically as well as literally, are the order of the day. Depravity to these people is a joke. Private jets are given a guard of honour and a fighter escort to ply their trade. Royal houses, paid for by us, are the centres of excellence to impress and seduce the vulnerable. Forget internet grooming. Dorky has more extravagant means of feathering his nest and puffing up his ego. I touched on his introducing those weird daughters of his to Epstein and saw that go MSM today. Not that surprising when you realise that Dorky is now as tainted as can be.
Still, goods to be flogged, arms to sell and fun to be had. We mustn't let the invasion of a few silly kids anatomy interfere with these weighty and powerful matters of state. Just ask our Pete Paedophile, Lord Fondlebum. Look long and hard at this whole shambolic mess and see how power is all. Pseudo Dave blindly sticks up two fingers to us. Trade, economic recovery and a golden future for all under an everlasting rule of same old, same old. The three party system is every bit in cahoots with all of these nonces and nothing seems to matter but petty squabbles hiding the steady sailing into a despotic, nonce ridden federal state. A state where unelected Rumpoys govern and quietly allow the Epsteins to gain ever greater access to kiddy fiddling. "Trade Envoy" is now a euphemism for high level permission to do whatever it takes to underpin power. Ask our old friend Mandy. EU Trade Commissioner par excellence was he. Led the way now royally trod by the Bliars, the Snottys and now the right Royally appointed mates of Pseudo Dave. Not a decent bone in their body, none of them.
For Heaven's sake, Pseudo was on a pathetic light entertainment "One" show spouting his ideas for slapping Gaddafi whilst quietly supporting  Global Nonce International. Sickening. 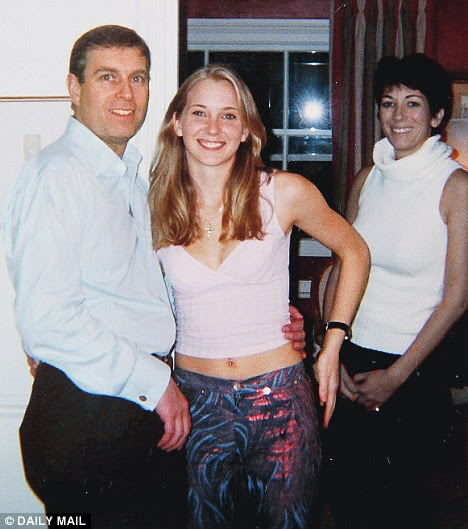 Here is a perfect example of our Ms Maxwell at work, celebrating the coup she's just pulled off. All in a days work. Interesting her old dad was linked to Heidi Fleiss. Is that where she learnt her trade, I wonder? 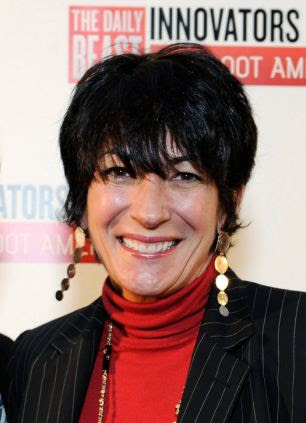 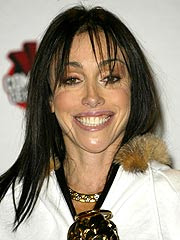 Hard to spot the difference.
Posted by Oldrightie at 11:19