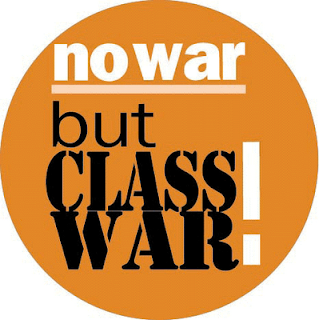 As this article shows. the World's most affluent Nation, is in deep trouble. This is a country that was founded on genocide wrought by immigrants fleeing a despotically aristocrat ridden Europe. In the main they were seeking a different life and culture, regardless of their entitlement. It was, temporarily, a beacon of egalitarianism and how letting human nature run its course creates a given society, notwithstanding the brutality and slavery. That Nation now faces decline and we and the rest of the Western world follow suit. As rebellion against authoritarianism spreads throughout The Middle East, the countries in financial and military ascendency and therefore dominance, are Russia and China. So, arguably, the class struggle, such as it is stupidly perceived by the left, is being won. Gather up your envy and hatred of those more fortunate. Murder ideals, hard work, family loyalty and the struggle those, such as Oldrightie, have made to pull out of poverty through effort. Pollute the planet with guilt ridden left wing mores, whilst allowing the intellectual classes of the left to build their own class bastions against decency and progress.
Why is it all so fractured and bloody awful? It is in the psyche of human nature which takes fairness and uses it as a cudgel to beat those lucky enough to do OK. It replaces one set of despotic cretins with the even less attractive bunch of thugs and dork like footsoldiers, seen in London just a few days ago. Whatever rubbish perpetrated by the left and their non-commissioned, idiotic but affluent union barons might be, the soft, simpering morons in the media and The BBC in particular, embrace this culture of selfish embarrassment with a dull, synthetic hug.
Secretly, behind closed doors, their mirth at the less fortunate and genuine strivers of those caught in the "middle" of this boring and overblown nonsense, giggle at their own luck whilst deriding those damning the thuggery of the left or right.
In the socialist camp, violence and stupidity is fine when targeted at the providers of their reasonably affluent lives but not when it is directed against their pseudo class war stupidity. We had 13 years of left wing, angst assuaging rule. Now we are "brassic" and bereft of a future free of debt. The solution from the left? More ideology and less freedom. Seems to work for China and Russia. Or are they better at hiding the Pol Pot killing fields, full of genuine freedom fighters?
I know, ask the people of Burma or Tibet how this class war business works? Or the downtrodden and deprived of China and Russia. Give me class any day, over crass socialism. This extract is the only path down which socialism leads. Listen carefully, it's how freedom really dies, Ed.