Just Look At Them.

What A World Of Filth And Decaying Yobs.

Hey, Gang, here is the expensive face of kiddy abuse. If you've got the dosh and got the pals, anything goes. Pederast Director in Chief, our old buddy of blameless sleaze and Brazilian predilection, Lord Fondlebum of Kiddy fiddling. CEO of introductions for favours, poor innocent Fergie "my toes were not (s)ucked", awash with grief after discovering Andy Pandy sold their daughters, some ten years back, to Epstein's stable. Hell, it was for British trade and she trousered (pun intended) a wad plus some dosh as well.
Our beloved baldy bed hopper and stand in batsman for any side asking, neglected to advise the thick, lazy, gorged to the neck, so called aristocrat, that "trade envoy" did not include publicly flogging the slave trafficking industry, just because old Pete thought it a great idea. I bet you our old chum and dubious little schemer, Nat Rothschild has a few shares in this whole unsavoury enterprise. Probably head of Russian operations along with Deripasky.
A bloody long piece of mint to tug at here. Sadly not the fresh smell of that particular invasive herb, though. This is, if you don't get "wikileaked", the normal perks of a Bilderbergers lifestyle. We, the Eloys get to slave away for an airbrushed peek, as a little taster and treat at our good fortune to be the paymaster of these pathetic, dishonest and ghastly horde of creatures from hell. The MSM thrive on their complicit joke at our expense. No wonder they want Assange bumped off or locked up.
Don't forget these sh*ts have state employed protection officers to shield their activities. Probably those robots  get the dregs and cast offs, once their masters pathetic abuse bores them and they move ever on to the next poor kid to play new and more depraved games with.
This is what we know about. I dread to imagine the arrogant nastiness they pour over their victims disposable lives whilst gorging their arrogance at our footing the black and excrement filled purses around their waists. Sodom and Gomorrah, a saints' picnic compared to today. A whole international  conglomerate is geared to run this industry of filth and depravity. Aided and abetted by the weak and useless political classes, only too quick to jump aboard the train with its own cinema, for the final joy of snuff movie watching with your pals. What an audience that is. As international a trade gathering as you can imagine.All bartering in a business even more nasty than arms dealing. I'll leave you with a just released picture of one of their Corfu holidays. Count me out. 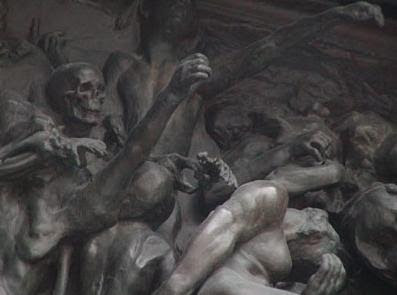