What Planet Are They On? 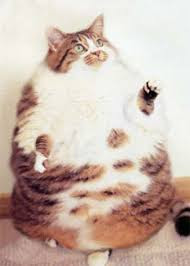 "Sir Christopher Kelly, chairman of the Committee on Standards in Public Life, said "insufficient attention" had been paid to supporting parliamentarians."
This behind the scenes sucker of the tax payers' teat  and still a quango quaffer, makes these ridiculous and ignorant remarks which just prove the existence of their "other" world. This guy has never been anything but a smug, office politician, civil bloody servant. His ilk are as every bit as guilty for the Bilderberger power base and EU slavery. He's the kind of bloke that gave poofter Heath the means to dupe us all about the Federal EU goal. Now he lauds the parliamentarian clique as needing to be better looked after to allow younger and possibly poorer people to enter Parliament. Like Devine or the other crooks that have recently been exposed? I make no apology for saying that Parliamentarians should have proved their worth and capability outside of politics and lived a valuable, honourable and  decent life, to equip them with the respect and honour legislators and shapers of our lives and future should have. This promotion of career politics is not welcome with me and certainly not from a guy so steeped in living off the fat of the land. His sort are even worse than the rubbish we vote for.
Posted by Oldrightie at 10:27