It's Not A Palatable One. 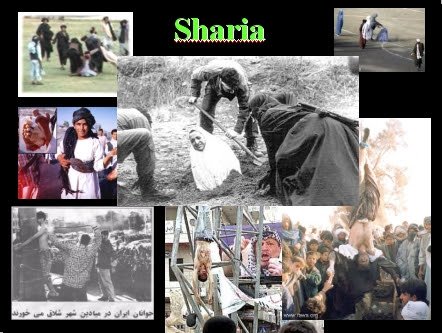 This is what I am seeing.
"Since the early 1960s, Muslim Brotherhood members and sympathizers have moved to Europe and slowly but steadily established a wide and well-organized network of mosques, charities, and Islamic organizations. Unlike the larger Islamic community, the Muslim Brotherhood's ultimate goal may not be simply "to help Muslims be the best citizens they can be," but rather to extend Islamic law throughout Europe and the United States.
Four decades of teaching and cultivation have paid off. The student refugees who migrated from the Middle East forty years ago and their descendants now lead organizations that represent the local Muslim communities in their engagement with Europe's political elite. Funded by generous contributors from the Persian Gulf, they preside over a centralized network that spans nearly every European country."

If proof were ever needed it is in those words above that our, Labour in particular, ruling elite have got multi-culturalism so terribly wrong. It's a bit late for Pseudo to call it but full marks for the sentiment if not the intention to do anything about it. As this movement waits in the wings to potentially take power in Egypt, the Israeli years of a solid non aggression  pact with their powerful neighbour is threatened and the instability of the region would gain a strength long forgotten. Couple this with their footholds throughout Europe and a Muslim American placement at the top of American Government and it's burquas all round, ladies. Full marks to the Egyptian people in seeking to topple a nepotistic and ghastly elite but as ever, being careful for what you wish for is not a human strong point. However, if a Muslim regime comes into power in Egypt, so be it. Let's then have our own Western revolution to establish our cultural and religious society, even if purely secular. I would embrace that rather than the enforcement of Islamic terror and rule and the barbaric elements that entails. The Crusades were not all bad.
Posted by Oldrightie at 10:13