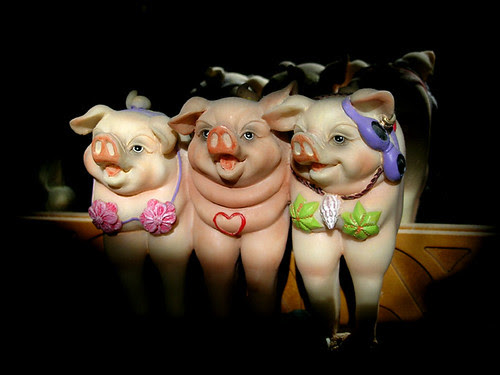 As the gravy train oh so slowly slows down, (not stops, of course) the latest exposure is our so called council bosses elected members. Just look at this information gleaned with much hard effort about Herefordshire Councillors. No wonder they fight tooth and nail to cling to office. The money wrenched from this poor County and the horrendous level of council tax would seem to be destined to line pockets before mending roads or anything else. Shameful. My thanks to the Assange of Leominster for the information. Love him or hate him, you can't fault his terrier like qualities!
"Last year Herefordshire councillors paid themselves £700,000 in expenses.
Roger Phillips got 51K; he's a wealthy farmer and doesn't need this money..
My own rep. Brigadier Jones got at least 30K - when I asked the council officers how many receipts he had produced before being paid this money, they said "One". Imagine trying that on with your boss in the private sector?
The average council take across England was, according to the Mail, £500,000, so our £700,000 is way above that.
But it gets worse: Herefordshire is the least populated county in England with one of the lowest council tax bases, so we are probably paying more to our cllrs in expenses, per council tax payer, than anyone in the country.
I got pretty cynical after the MPs debacle but when I saw the cllrs takings I was genuinely astonished. No wonder they won't deselect Wiggin."

When I think of the foot soldiers slogging, their allegiance, loyalty and unpaid efforts, coupled with fund raising and the work that entails, my heart sinks. Shame on the lot of these parasites. Just look at these incomes for so called volunteer public service. Time for change indeed. Sadly if they are thrown out in May, the replacements will just be returning to the table they were forced to leave four years ago. All I can say to anybody prepared to give of your own hard lost time and money, think again. None of them are worth it.
Posted by Oldrightie at 06:00