Is This A Deathbed Plea?

Or A French Weird Tactic. 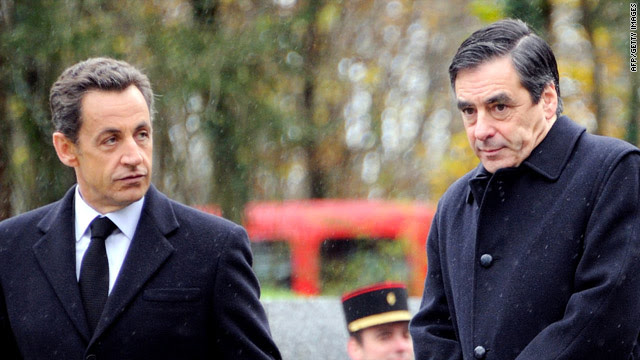 One thing our political Bilderberger wannabees have in common is their penchant for shady pals.
"By appointing as Secretary of State André Santini, who had been indicted in the Fondation Hamon affair on charges of corruption, Fillon broke for the first time since 1992 with the so-called "Balladur jurisprudence," according to which an indicted governmental personality should resign until the case is closed"
A second thing they have in common is a desire for relative obscurity. So when one of them says that which this dangerous and dubious character has said today, we should take notice. He thanks Pseudo Dave for spending our borrowed money on an EU bailout and then makes a less than veiled threat that the pound will fail if we don't go further and push ever more greater integration. Now I read that as a very nasty bit of rhetoric and exactly the kind of nastiness employed to wreck our economy with the ERM debacle some almost 20 years ago. It also smacks of an opportunist move to pressure Pseudo to get a move on with acknowledging he is little more than the Governor of a minor Federal State within the mighty dominance of the Franco-German Axis. How ironic that this German born woman rails against it! A leftist intelligent being.
If ever the nastiness of the EU project were on show, this it. A smirk at the use of British money/debt to prop up the failed economic dumping grounds of Europe followed by a bullying grin at how, even in the midst of a dying dream, this Bilderberger can still jerk The British yoke.
The awful thing is that the euro zone nightmare of one size fits all may well drag us all down and deliver us into the control of The Chinese dreadnought. Life imitating art, indeed!