Why we are in the Ess Aitch 1 Tee!

The Picture From The Blair Time In Office. 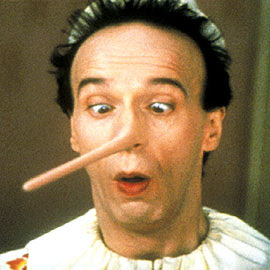 What ironic and disparate fun old "HSOG" (honest sort of guy) stories doing the rounds this morning. For thirteen years bloggers read, to a tee, the dreadful manner this Nation was governed by a crowd of psychopaths, thickos and unstable, unintelligent posers. It was said by myself and many others that Snotty blackmailed his way into number 10 and now we have it from the Donkey's mouth. I love the fact that Bliar's feelings from first hand experience were mirrored in blogs and pooh poohed by the chatterati. That last point also highlights the MSM and BBC collusion in hiding through three elections how bad things were at the top of Labours' dung heap. We all now realise how their incompetence was allowed to fester. Also we see how dreadful that fat slob and misogynist, Lord of The Pies, really, really was. Just remember, through all of this, your pension and your kids' futures were squandered, wars entered into and hundreds of thousands died and continue to suffer and die as a legacy of this buffoons tenure. Whilst he signs up to the Bilderberger mega rich club, the labour Party are shown for their cowardice, infighting and nastiness. http://www.spectator.co.uk/coffeehouse/6242123/blairs-contempt-for-the-left.thtml

One worrying thing, though, is the cretins endorsement of Cameron. Now that is as scary as Prescott's rise to his abusive power and now peerage. Disgusting doesn't even come close.
Posted by Oldrightie at 10:38