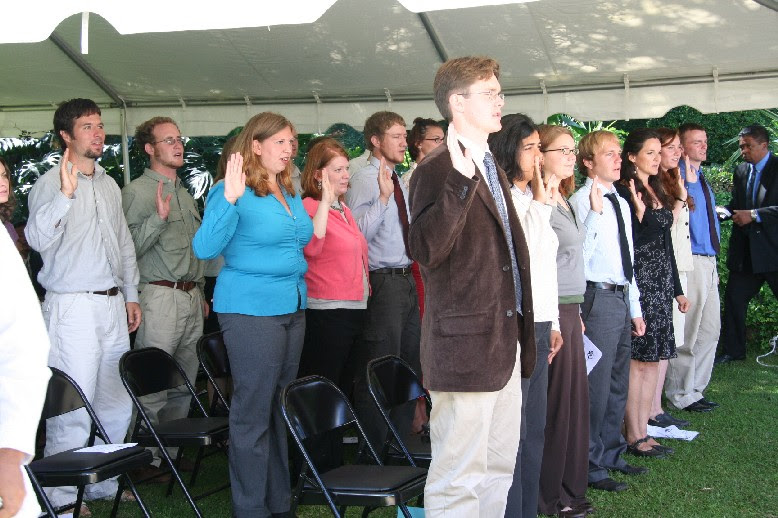 Peace Corps trainees swearing in as volunteers in Madagascar, 26 April 2006.
From the  U.S. Embassy to Madagascar website

Why not make MPs more like Councillors, paid only for the time spent on official duties and then only expenses? Now the argument will be made that only the better off can then afford to be MPs. Well, that sure as hell does not happen in Town Halls, does it? Just think of the cost savings and better still, the leveling down. No more fat salaries, pompous superiority and pretty well a general desire to do something for others as opposed to the selfish, greedy people who chase the celebrity status of todays political landscape. Now were that to mean that MPs came into the job from a background of reality and work, rather than the career politicos straight from school, chambers or bed chambers, surely we might witness a far better world? It might even be possible to prevent ministers from milking us all dry, prior to swanning off, leaving chaos, death and poverty in their wake.  Not only does that happen but lots of them then write books about how well they did robbing the poor blind, in order to feather their own many, multi-million pound nests. Yup, volunteers are what we need. Not wannabe fat cats and bankers mates.