Gove Does The Cove! 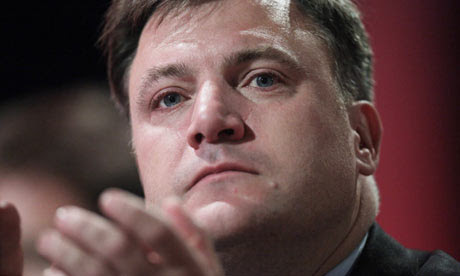 Gove's opposite number is, of course, Blinky Cojones, who is running for leader of the Labour party and so wants to sound as aggressively anti-Tory as he possibly can. In his case, this is not difficult.

He probably sounds aggressively anti-Tory when he buys a bus ticket. He said that everyone's initial shock at the various lists had turned to outrage. Balls is also easily outraged. He gets outraged at the point that you or I would register "mildly annoyed".

Gove decided that it was time to take on the class loudmouth. The anger, he said, was indeed felt by everyone – everyone who had seen the last government waste billions on a hopeless schools building programme, "and the fact that one individual had received £1.3 million in consultancy fees".

http://www.guardian.co.uk/politics/2010/jul/13/michael-gove-simon-hoggart-sketch
Somewhat emasculated, if you ask me. They never expected their lackeys left behind would be so soundly out of their depth. Love it!
Posted by Oldrightie at 07:30