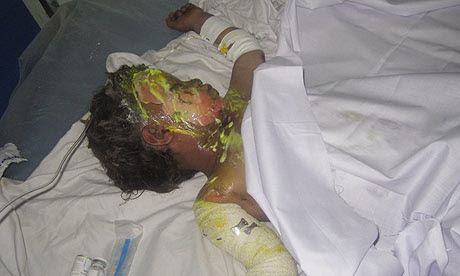 As The Coalition continues to bed in to Government more and more details and evidence emerge that they have not even bothered to bed down with clean sheets. One example is The EU, highlighted by Barking Spider. http://wwwbarkingspider.blogspot.com/2010/07/cameron-shows-his-europhile-credentials.html
The "wiki leaks" documents go much further. They indicate how accurate bloggers, myself included, rage against the arrogant suppression of inconvenient truths from our Masters. Be it the AGW scams or the hidden truths of how dirty and incompetent our presence in Afghanistan always was going to be. One major weapon of The Taliban is the dragging into the fighting their own immoral attitude to civilian deaths. Not unlike the criminal gangs use of fear and torture to rule their empires, so centuries of invaders have given these people an edge of evil but a right of sovereignty.
Despite our average troops fighting as trained, in difficult conditions, behind the scenes anything goes. Yet our so called leaders push a "high ground" rhetoric and a propaganda of nobility. All the while this filth is peddled to gullible, shoulder shrugging, compliant populations, soldiers and civilians alike are slaughtered on an alter of greed and power mongering. Not only are we, back home in our national ghettos of consumerism for the profit of Bilderbergers, lied to and manipulated for grotesque ends, so are the very people dying on a daily basis. These leaks today are condemned as threatening national security. I think not. Our security is a pawn to be used by the grandmasters at any time they choose to sacrifice them for a chance to mate power. A well known adage is that truth is the first casualty of war. It is rarely the last. History will show that 9/11 was the catalyst that hastened the fall of Western style capitalism. Its replacement is already available to view.
Posted by Oldrightie at 09:46