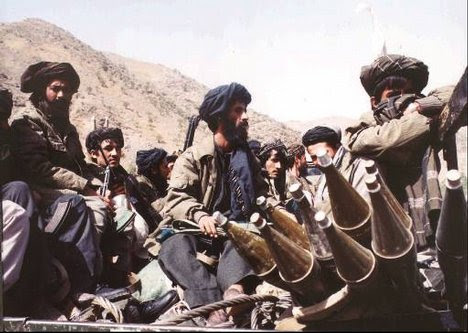 After General McChrystal's sacking we learn that the much heralded Marjah offensive was regarded by the good General as "A weeping ulcer". What is it about the ruling elite that they are like rapists who fail to understand no means no. No more failed effort at great cost in this blighted, war torn backwater of history. Karzai is just a puppet being groomed as a potential Bilderberger lackey as he amasses huge fortunes in Swiss banks ready for the inevitable fleeing from the wrath of his fellow Taliban countrymen. They will not tolerate his corruption, money laundering and drug operations. So, first of all he has to go in return for a ceasefire agreement, a negotiated and financial pact with the Taliban, to include elections in which they are represented. Any agreement should involve aid packages available only for as long as terrorist groups and particularly Al Quaeda, are excluded from that land. Coalition forces should be made available to patrol with Taliban/Afghan forces to reassure the people that no one will be seeking vengeance. All of this should include an eventual UN presence combining Pakistan and Indian, as well as Russian and American soldiers. That is all those who have and continue, to date, to royally f**k this Nation. Over time all outside UN personnel withdraw, as peace evolves and money is spent on other than military and violent conflict. Of course this might make the wheeler dealing and vested interests of the corrupt influences, so much a part of American Globalisation tactics, shout and whinge. Still, as Banned remarked in my previous post, Chinese, Brazilian and Indian commercial muscle is taking over the world's trade as we idiots fight wars against Islamic windmills.
If it were not so tragic it would be almost funny. This picture emphasises that remark, taken in July last year. It is to be repeated almost daily unless somebody grows a pair of balls. I'm not holding my breath.