Has The Election Hit The Spot?

We Shall Soon Know! 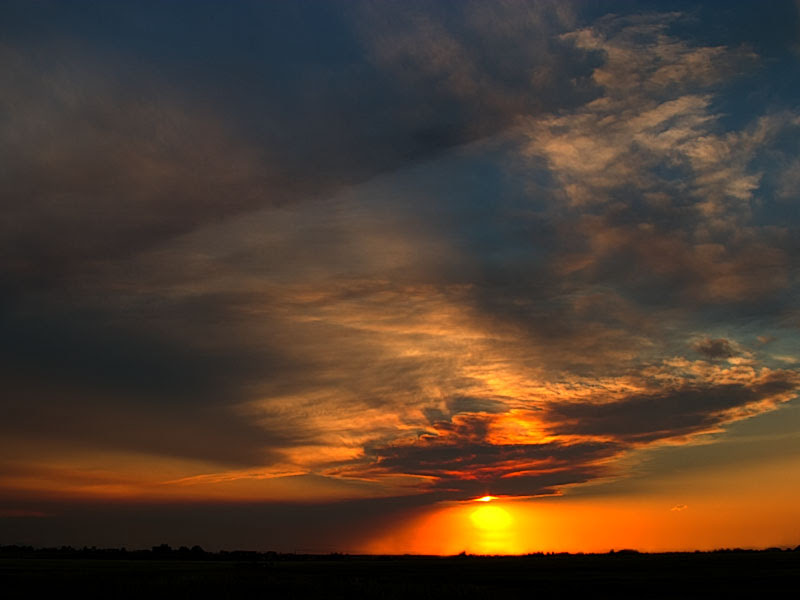 I use the sunset again, showing possible gathering storm clouds. Greece and the world's financial markets,together with a failing euro zone still haunt and stalk OUR financial well being and future. I totally believe the dangers to The UK are not just the global collapse but our weakness to withstand these events. Snotty and his coterie of misfits and pederasts tell us they are the idiots to get us out of the mess they poured excrement over thinking it was fertiliser. In this context the election campaign by Labour tell us that they are the people to "steer us" through as though 13 years of crap had made no difference to our inherent weakness as an economy.
Their corruption and greed for power and money, embracing of failed and corrupt individuals such as Mandleson and Hain, are completely divorced from responsibility. Power at all costs even if it means a scorched earth to drive a new Government out, months after a tenuous victory. I am at a loss that Labour still have any support at all. Blatantly exposed to the real Snotpicker via his abuse of a pensioner and yet claim 30% of support! Note any sign of weak recovery is in their gift to sustain, failure and economic disaster is only down to others and the rest of the world. Note this pattern to blame others for their failings but claim credit for any tiny sparks of improvement. The next after-shock of the credit crunch is already rumbling and we most certainly are not best placed to withstand it. Even less so if this bunch have any say, post tomorrow.
So has the election hit the spot? The Tory film of Labours' 13 years, shown above, most definitely has and should be shown or seen by every voter before making their decision. The Tory policies for the economy, taxation, education, crime and so forth, all are better than anything the other two have produced. Sadly all they have received from the MSM and The BBC is approbation, sniping and unpleasantness. Just a few hours to go. I remain very anxious for The United Kingdom and it's future.
Posted by Oldrightie at 08:43