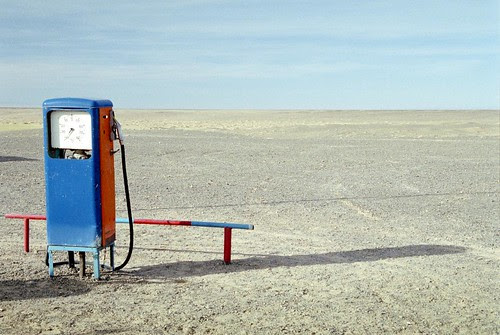 Tax upon tax and the sinking pound are two factors as to why prices will continue to soar. Inflation, not only in Canute like suspension as the tide turns but any competitiveness to aid recovery will be wrecked by demand from China and their ability to pay cash. Snotty Brown's legacy of scorched earth should not be forgotten during the heat of an election. If Cameron and The Tories fail to score big blows on this wretched shower then God help us all. £1.50p a litre by summer's end is not unlikely.
The grip labour seem to have on our emails, blogs and phones will probably snuff out any protest. Some fat Chav, with half a dozen kids, was heard to mutter yesterday, "I don't do politics" and waddled of to spend her politically created, ill-gotten benefits.
Posted by Oldrightie at 10:29