The Young Never Get Old Under Labour.

Don't Upset Anybody Until After The Election. 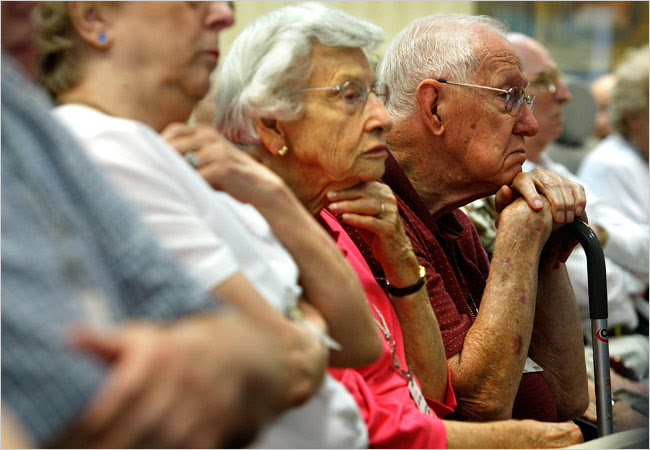 The quiet, almost whispered Burnham scam today beggars belief that it has been so basically ignored. Here is a statement contradicting Badger's waffle last evening and it's quietly tucked away. Britain, Labour's death tax is alive and well. Indeed I can foresee the bastards creating an even meaner "euthanasia scheme" to seize the COMPULSORY levy out of YOUR coffin. Once upon a time, National Insurance was for Old age pensions and the National health Service. Now it's just another robbing tax. If you think they are all the same pause momentarily and think. Labour are shit at managing an economy but brilliant at confidence tricks and stealth taxes. Vote them back and they will no longer have to be sly about taxes. It will be pay up and die or just die.
Burnham's statement.
"The social care system is the only remaining part of our welfare state that is not organised on a collective, population-wide, risk-sharing basis. When the welfare state was created, life expectancy was 12 years shorter. But, as we live longer, a sixth giant has emerged to add to Beveridge's five – fear of old age. Many older people today experience a real anxiety about the costs and quality of care. Too often they simply don't know what the future holds for them as they get old and frail."
Note the millions to be taken from the carers' budget kept very, very quiet. Got it? Care for somebody and get penalised for it. Hatred is just not enough,
The social care proposals revealed today by health secretary Andy Burnham will not be in place before 2015 - and investigations by Channel 4 News show that £100m is to be cut from attendance allowance for the disabled as part of the reform.
Then it gets very sinister,

Channel 4 News FactCheck has learnt that this page was missing from a draft being circulated just yesterday. In its place is a note saying "wording to be agreed by the treasury, No.10 and special advisers later today". The late addition appears to undermine a guarantee to disabilities campaigners that benefits would not be cut.