I want to be a Dutchman! 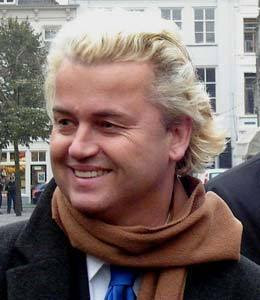 “The Dutch political system, based on consensus and co-operation, is coming apart at the seams,” noted NRC Handelsblad, Holland’s newspaper of record. Is it? Or are the Dutch people just fed up with being told they’re not allowed to criticise Muslim extremists because to do so is “Islamophobic”? As a defender of free speech, I don’t believe for one moment that the Koran ought to be banned. But if I was a member of the Dutch electorate I would vote for Geert Wilders’ party because I don’t think he deserves to go to jail for 16 months just for arguing that it should. http://blogs.telegraph.co.uk/news/tobyyoung/100028507/geert-wilders-victory-in-hollands-regional-elections-is-a-victory-for-free-speech/

I totally loved my 12 months working in Holland for KLM. A tolerant and conservative people in the main, with a passionate pride in their own country. These developments mirror their feelings about the dismissal of their no vote on an EU Constitution and the manner in which Lisbon was substituted without any agreement from the people themselves. They may well lead the EU back to the original sly excuse of a trading block. Whatever, Wilders as PM will sure shake up The Bilderbergers and their Brussels lackeys.