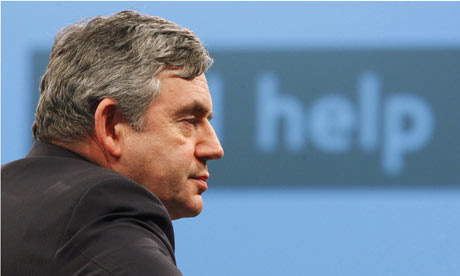 "Terror experts believe AbdulMutallab, 23, was targeted by al Qaeda as a suicide bomber because he had previously flown to the United States, had a valid visa and had lived in the UK. More than a dozen British radicals reportedly are being trained in Yemen today, not to mention scores training in Pakistan.
But if we begin to point fingers at Britain, we will need two hands. The danger from Britain has its source in nearly every institution in British society: a Parliament that cannot pass counterterrorism legislation, police that do not arrest because evidence is not strong enough to convince a British court, security agencies that do not disclose to the media information about suspects, Islamic organizations that tell Muslims that such silence proves that the suspects have been falsely accused, a press that allows the public to believe such claims, jurors who then hold prosecutors to impossible standards and a once-glorious culture of tolerance that has lost its bearings.
London has become a fertile field in the jihadi playground, along with Yemen, Pakistan and Somalia.
Our great friend has allowed herself to become a strategic resource to our common enemies and a liability in the struggle against terrorism. "
More here, http://www.cnn.com/2010/OPINION/01/04/leiken.abdulmutallab.london/index.html

Is this not shameful? Labour have reduced us to the level of Yemen, Pakistan and Somalia. Still we are to expect more opinion poll joy for this cretinous and dreadful bunch of liars, thieves and charlatans. Whatever will it take to make sheeple wake up? Is Labour putting something in our drinking water? It would seem to work especially well for The MSM, Politics Home and The BBC. Awash with a hung Parliament. The only hanging I want to see is that of those who have so recklessly and selfishly got us in the mess we are in.